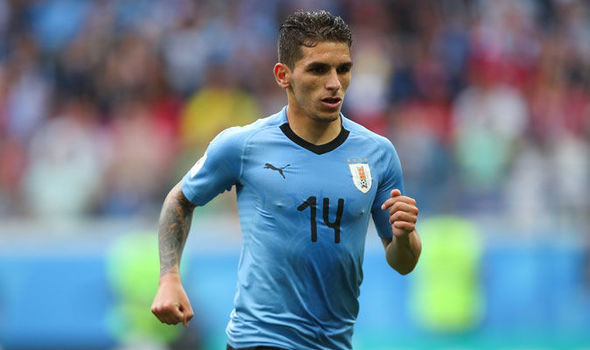 Arsenal have announced the signing of Uruguay midfielder Lucas Torreira from Sampdoria for an undisclosed fee.

The 22 year-old joins the English side from Serie A club Sampdoria. He will wear jersey number 11.

In an interview with the club’s website, head coach Unai Emery said: “In Lucas Torreira, we have signed a young player who is a very bright talent in the game.

“A midfielder with great quality, I have enjoyed watching his performances for Sampdoria in the past two seasons, and we all saw him do very well for Uruguay in the World Cup.

“He is a young player already with good experience, but who wants to keep on growing. We welcome Lucas to Arsenal and look forward to him joining us soon for pre-season.”

Starting his youth career in Uruguay with I.A 18 Julio and then Montevideo Wanderers, Lucas moved to Italy in 2013 where he joined Pescara. He made his debut there as an 19-year-old in May 2015.