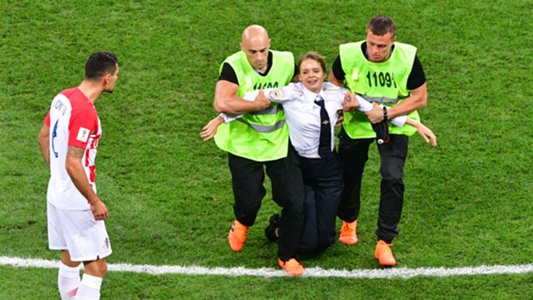 Four people have been jailed following a pitch invasion during the 2018 World Cup final between France and Croatia held in Moscow, Russia on Sunday.

A court in Russia has sentenced Veronika Nikulshina, Olga Kuracheva, Olga Pakhtusova and Pyotr Verzilov who are members of Pussy Riot feminist punk group. The quartet was also banned from attending sports events for three years.

The pitch invasion took place early in the second half of France’s 4-2 victory, briefly halting the play.

Russian president Vladimir Putin and other world leaders like France’s Emmanuel Macron and Kolinda Grabar-Kitarović of Croatia were present at the match.