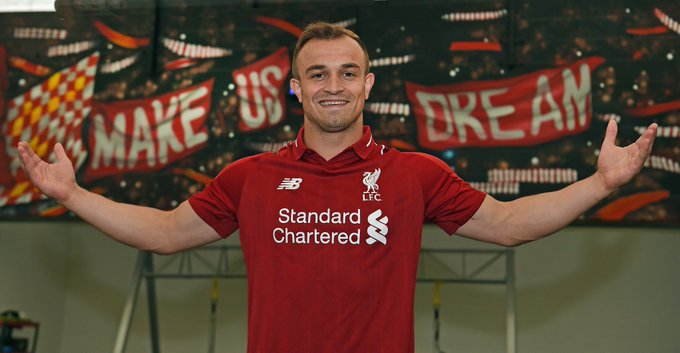 Liverpool midfielder Xherdan Shaqiri has set his sights on winning the Champions League for a second time following his move to the Premier League club from Stoke City earlier this month.

The 26-year-old, who won the Champions League with Bayern Munich in 2013, said Liverpool had enough quality in the squad to go one better than last season when they lost to Real Madrid in the final.

“I hope I can repeat that because I know how it feels to win the Champions League,” Shaqiri told Sky Sports News.

“It is really amazing and I think we can do it. We have good quality – especially with the new players that have been brought in – they have very good quality.