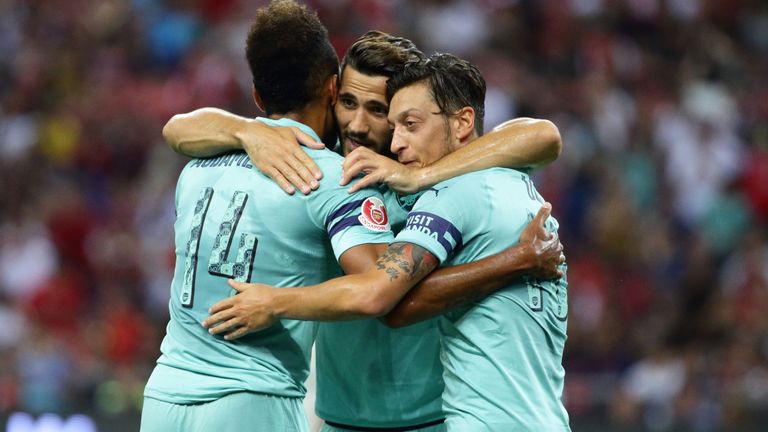 Arsenal beat a youthful PSG side 5-1 in the International Champions Cup in Singapore on Saturday.

The Gunners should have scored more in the first half but Alex Iwobi, Aubameyang and Henrikh Mkhitaryan were all denied by Gianluigi Buffon. Nonetheless, they managed to get the lead before the break through Mesut Ozil who was wearing the arm band.

The French side was awarded a penalty on the hour when Timothy Weah was brought down by a sliding challenge from Sead Kolasinac. Christopher Nkunku converted the kick to equalise.

Seven minutes later, substitute Alexandre Lacazette went on target to restore Arsenal’s advantage before scoring another one in the 71st minute.

Rob Holding (87′) and Eddie Nketiah (94′) rounded up the triumph with late strikes.