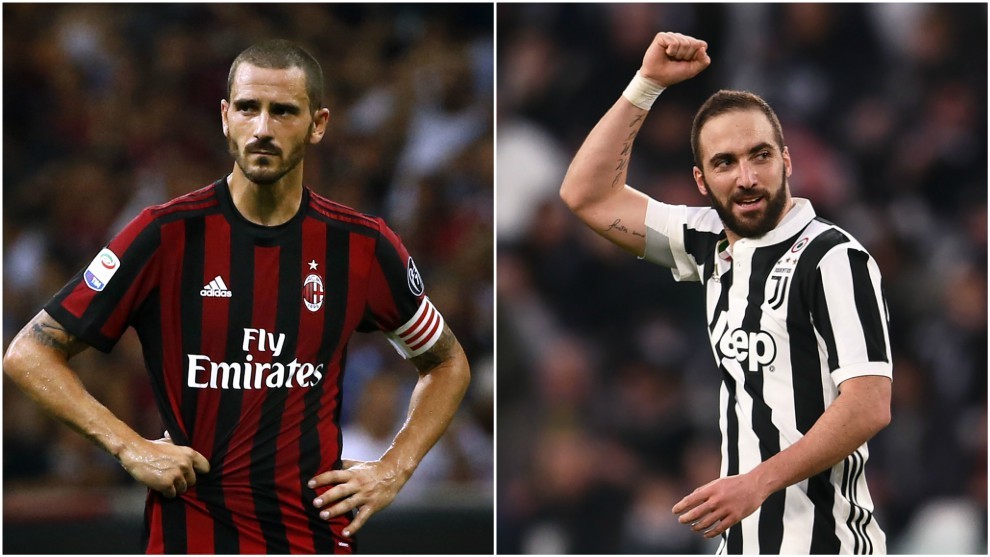 Leonardo Bonucci has rejoined Serie A champions Juventus from AC Milan, while striker Gonzalo Higuain has moved the opposite way on a season-long loan.

The Argentina international joined Juve from Napoli for a then domestic transfer record fee of £75.3m in 2016 and scored 40 league goals in two seasons with the club.