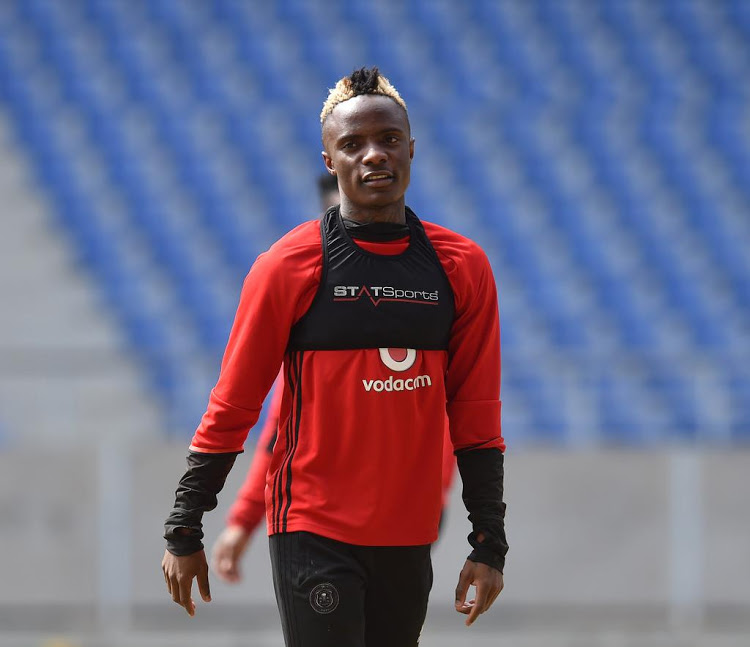 The 2018-19 season of the ABSA Premiership season kicked off over the weekend and several Zimbabweans were in action.

The opening round, however, came with mixed fortunes for the South Africa-based internationals.

Kaitano Tembo who took charge of his first SuperSport United game since appointed substantive coach last week kicked off his campaign with a 2-0 defeat at the hands of Cape Town City.

The 48-year-old gaffer fielded fellow countrymen Evans Rusike and Onismor Bhasera in his first XI. Rusike created some good chances but could not find the goal, and was substituted on the hour. Goalkeeper Washington Arubi was on the bench.

On the other hand, City forward Matthew Rusike came on in the 65th minute and quickly made an impact as he got two opportunities which were on target in the first three minutes after his introduction.

Orlando Pirates’ new signing Kuda Mahachi featured in his first league for the club, coming as a substitute in the 67th minute in a 1-1 draw against Highlands Park. The 24-year-old made some good runs as Pirates were attacking at the time he was introduced.

Highlands goalkeeper Tapuwa Kapini who is also the captain had a busy day in office, making crucial saves especially in the second half. The goal he conceded was a penalty which was converted on the hour.

Also making a league debut at their new clubs were Kaizer Chiefs’ Khama Billiat and Terrence Dzvukamanja of Bidvest Wits.

Billiat went on to scoop the Man of the match award against his former team Mamelodi Sundowns. He played the whole game together with Willard Katsande. Katsande, however, received a yellow card following a crude tackle on the opponent.

Dzvukamanja made it into the first XI in a 3-0 victory against Free State Stars but was subbed off in the 75th minute.

Knox Mutizwa started off his season on high note, scoring a stunning overhead kick in Golden Arrows’ 2-0 win against Maritzburg United. He is the only Zimbabwean who found the back of the net during the weekend.

Walter Musona and George Chigova were also in action as Polokwane City lost to Black Leopards in Limpopo Derby while Bloemfontein Celtic’s Ronald Pfumbidzai retained his first-team berth as the new season got underway.