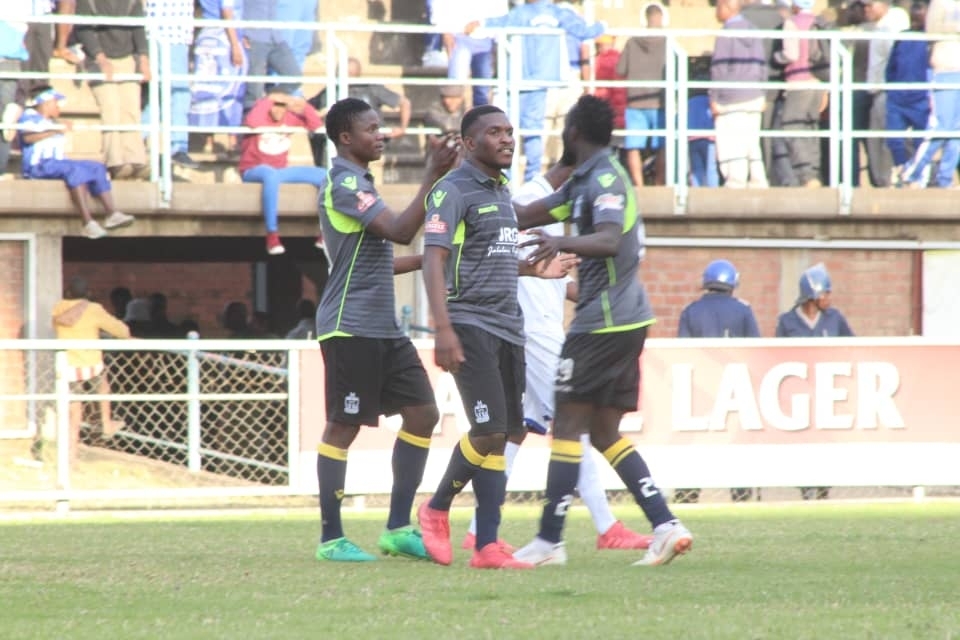 Ngezi Platinum Stars have reduced the gap at the top after they thrashed Shabanie Mine 5-1 in a match played at Baobab Stadium.

The Mhondoro based side are now a point behind log leaders FC Platinum who lost a match in Harare on Wednesday afternoon.

Madamburo went into the lead as early as in the 8th minute through James Nguleve. Master Chawodza doubled the lead two minutes later before Donald Teguru made it three on the hour mark.

Nguluve completed his brace seven minutes into the second half while Tichaona Mabvura also put his name on the scoresheet on minute 74.

Shabanie pulled one back three minutes later when Nigel Papias converted a penalty after Frank Mukarati fouled him inside the box.

However, Papias’ goal was a mere consolation as it ended 5-1 in favour of Ngezi.

Muchenje struck from the spot in the 49th minute, and the visitors could not recover.

Pure Platinum Play remain on top with 52 points, one ahead of Ngezi.

Across the city, Dynamos finished their goalless draw against Yadah with ten men after Marshal Machazani was sent off in the 85th minute.

The defender received a straight red card after Simba Sithole feigned to have been hit in an off the ball incident.

Elsewhere, Mutare City Rovers’ mini-resurgence was halted following a 3-2 defeat at the hands of Bulawayo Chiefs.

Rovers won in the previous round against Shabanie.

They took the lead in the 3rd minute through Jeffrey Sakunda but the advantage was cancelled on the 24th minute by Farau Matare.

The visitors went in front again ten minutes from the break courtesy of Hussein Zvakapano’s effort. However, a quick brace by Gracious Muleya two minutes later sealed the victory for Chiefs.

ZPC Kariba and Nichrut played to a 1-1 draw while Herentals beat Bulawayo City 1-0. 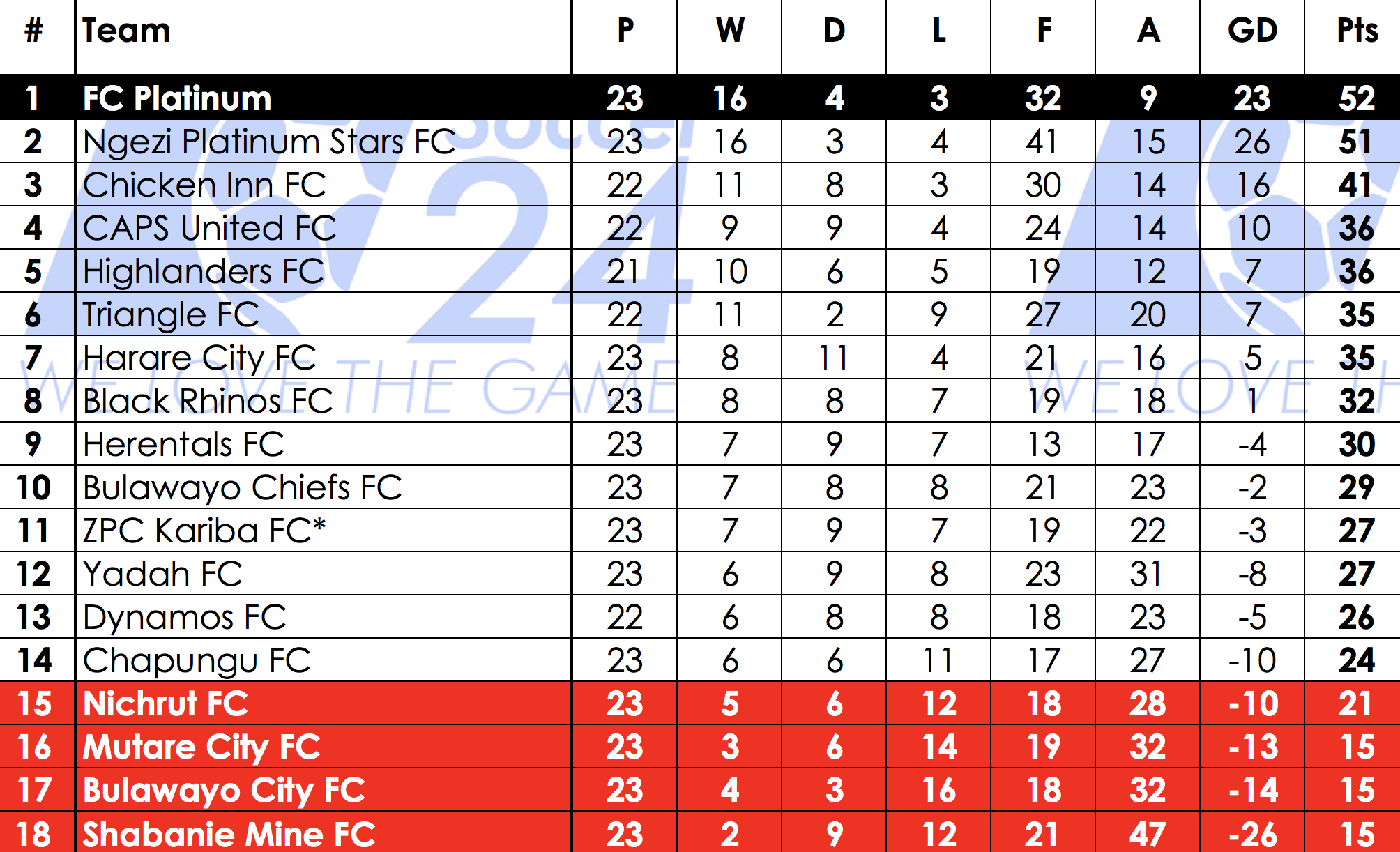