The Gamecocks dominated the first half, and they went to the break with a three-goal advantage.

King Nasama grabbed an early lead for the visitors in the 2nd minute. The youngster almost hit the target again in the 17th minute, but his effort went straight to the woodwork.

Nonetheless, Moses Jackson doubled the lead a few moments after the half-hour mark, connecting a corner-kick before Obriel Chirinda made it three, four minutes before the halftime.

Bosso resumed the second period more determined, and they found their breakthrough on the hour courtesy of Adrian Silla’s penalty kick.

Gabriel Nyoni pulled another goal for the home team ten minutes later to make it 3-2.

The winger could have scored again, but his header was cleared off the line in the 77th minute.

Despite putting pressure, Highlanders failed to get the leveller, and it ended in favour of Chicken Inn.

In Harare, Triangle put a splendid performance when they beat CAPS United 2-0.

The Sugar Boys started well and created some good chances early in the game. Makepekepe only found their ground after the quarter hour mark when Dominic Mukanda missed his header from a close range.

Both teams went to the breather tied in a deadlock.

However, the first goal came in the 52nd minute through Lameck Nhamo. Ralph Kawondera then doubled the lead on minute 75.

The hosts could have pulled one back five minutes later, but Milton Ncube failed to hit the target with the keeper to beat. Mukandi followed with a good chance but missed again. 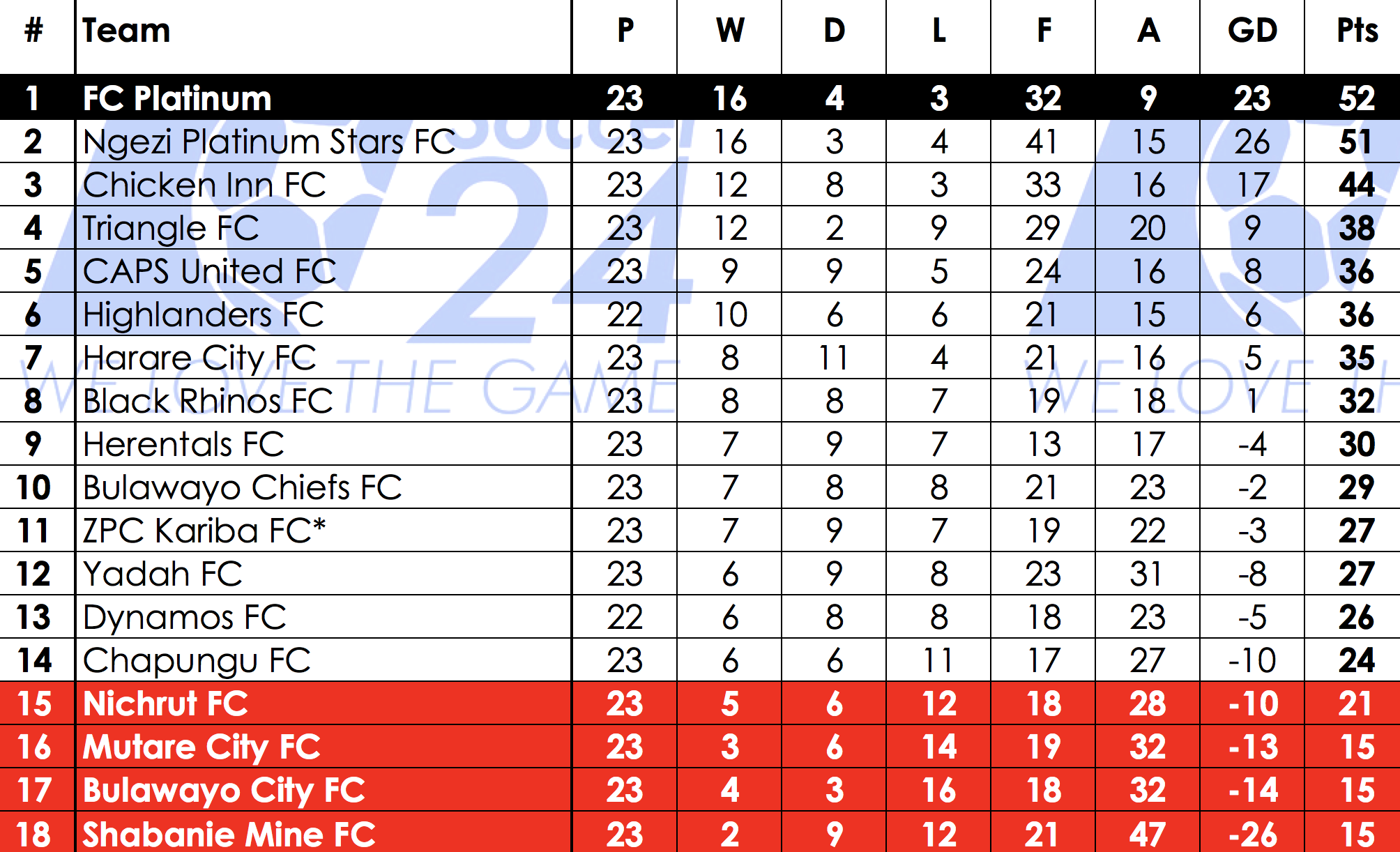