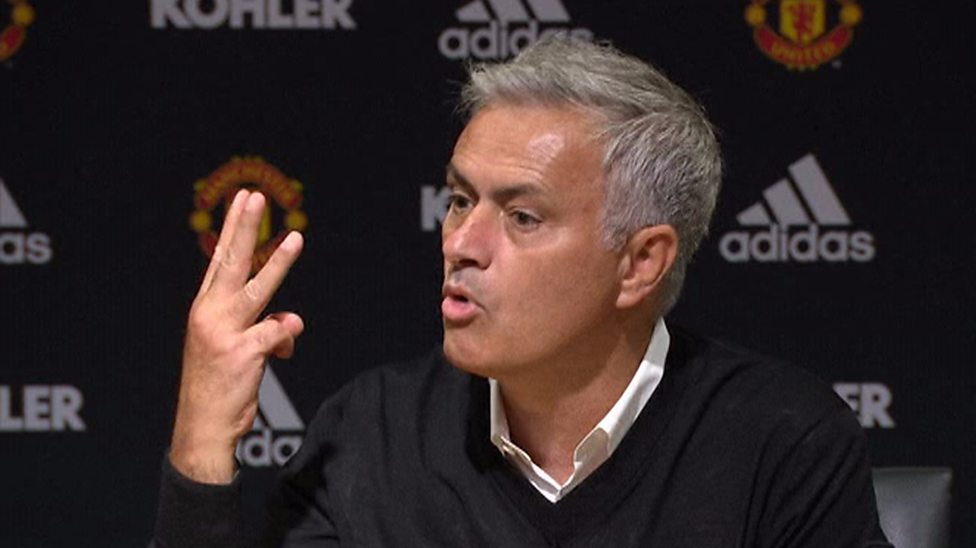 Mourinho reacted angrily to a question about some supporters leaving Old Trafford after Lucas Moura put Spurs 3-0 up.

He said: “What was the result? 3-0. Do you know what this means? 3-0, but also means three Premierships, and I won more Premierships alone, than the other 19 managers together. Three for me, and two for them.”

He then left the press room, repeatedly saying: “Respect!”

United have suffered defeat twice in their opening three Premier League games for the first time since 1992.