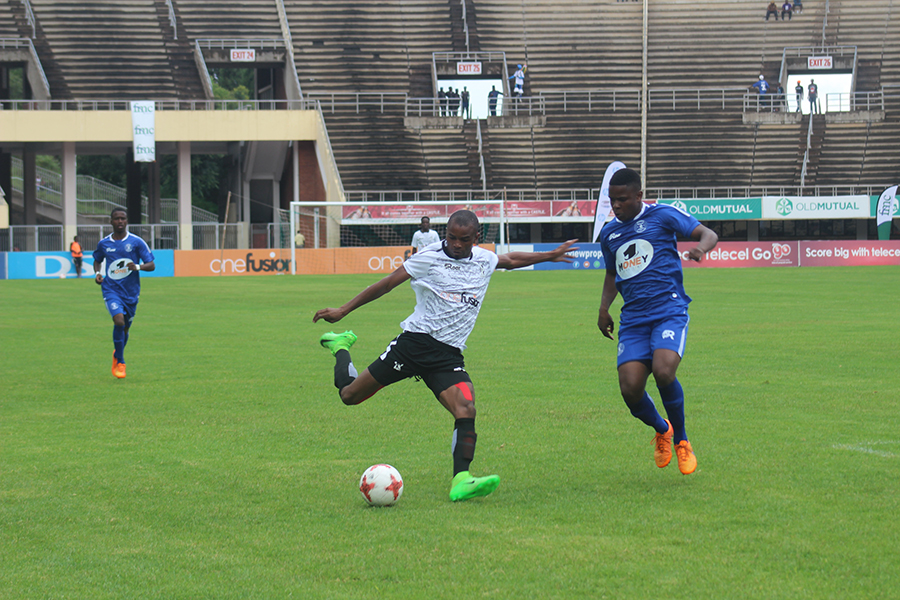 90+3′ Goal!!! Gabriel Nyoni with a great run before setting up Sianchali who struck home to make it three.

87′ D. Khumalo’s long range shot is saved by the keeper.

85′ Highlanders drawing back as they try not to concede.

81′ Goal!!! Highlanders double their lead through Gabriel Nyoni who heads in a corner-kick.

74′ Nyoni with a chance, misses the upright by inches.

73′ Yellow Card to B. Moyo (Dynamos) following a dangerous tackle on P. Mudhuwa.

71′ Highlanders intercepts Dynamos attack on the center, a quick build up ends with Sibanda shooting wide.

60′ Yellow Card to M. Ndlovu (Highlanders) for foul on B. Amidu. Free-kick to Dynamos on the edge of the 18-area arc. Mushure takes it but it’s blocked.

47′ A. Silla with a striker, keeper punches out. Corner-kick to Highlanders, wasted.

42′ Sibanda with a chance, keeper stretches to tip the ball over.

40′ Highlanders break away with B. Banda and Dynamos recovers.

39′ Nyoni delivers a good cross, Sibanda connects but his header is blocked.

35′ Dynamos get another corner-kick, keeper punches away.

31′ Kumwala breaks away but his weak shot is blocked for a corner-kick. Bosso concede another which is cleared.

30′ Highlanders lose possession inside Dynamos half, Mukamba quickly releases the ball to Kangadzi is flagged offside.

25′ Peace Makaha with a shot, Sibanda makes a brilliant save to concede a corner-kick which he collects.

20′ Nyoni sends in a cross but Sibanda’s header goes over.

19′ D. Mukamba thrust the ball through to Kumwala but Ariel Sibanda is quick to reach for it first.

18′ Corner-kick to Highlanders, Makumbe takes it, but it is cleared.

16′ Kuda Kumwala with a great chance to equalise but sends his effort wide with only the keeper to beat.

12′ Mukamba with a great run on the far side, but Highlanders clear their lines.

10′ D. Khumalo with a chance, but he goes wide following a great run by the home team.

9′ Highlanders get a free-kick a few metres from the edge of the box, Mukumbe takes it, keeper collects.

5′ Free-kick to Dynamos, Mushure delivers it into the box, but the offside flag is up.

3′ Corner-kick to Highlanders, Makumbe takes it but it’s cleared.

1′ Q. Kangadze gets the ball rolling as Dynamos attack the Soweto end.