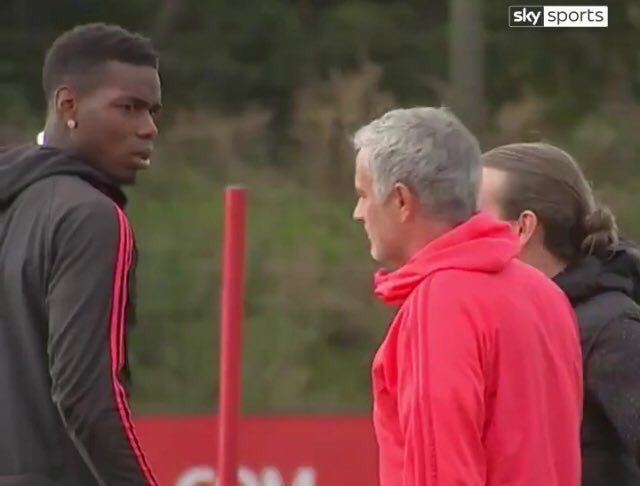 Footage has emerged showing Manchester United midfielder Paul Pogba who appears to be exchanging harsh words with his coach Jose Mourinho during a training session.

The 30-second video, released by Sky Sports, comes after the Red Devils crushed out of the Carabo Cup on Tuesday, losing 7-8 on penalties to Derby.

Pogba was recently stripped of the vice-captaincy. He watched yesterday’s game from the stands.

The Frenchman’s relationship with Mourinho has reportedly deteriorated and the two allegedly clashed on Saturday during the 1-1 league draw against Wolves.