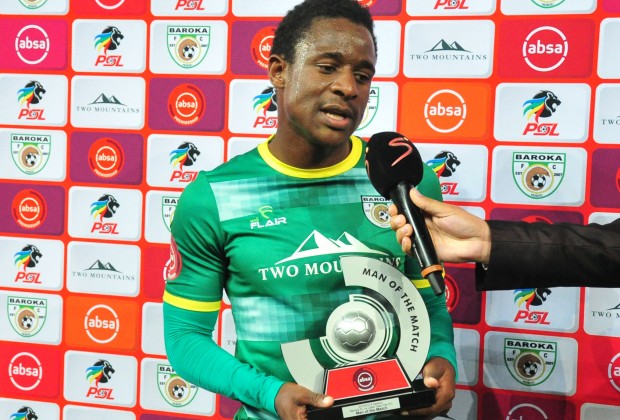 Baroka FC coach Wedson Nyirenda has directed strong words to Talent Chawapiwa after the player refused to shake his hand when he was substituted in the 2-1 defeat to Orlando Pirates.

The two have been entangled in an alleged clash as Chawapiwa is reportedly not happy with the coach.

According to the Citizen, a South African newspaper, Nyirenda said the player needs to show remorse to get back into the team.

“I don’t like that, I won’t hide it to you, I hate it a lot. I fired a player from the Zambia national team because of the same thing, and I am not going to tolerate it here because I am the same Wedson,” the coach said.

“I am here to instil discipline in this team, and I will do that. He has not done anything so why should I keep him in the team? He cannot mark, score or create a goal, so somebody else has to be introduced and that somebody delivered for us.

The gaffer added that Chawapiwa was not the only player in his squad having a bad behaviour.

“We have few elements in the team who think they are bigger than this club. I for one I am not a coach who will allow that, no player is indispensable.

“A bigger player is bigger by what he does, but if you are not doing anything then you are not a big player.”