The player has been training with the Bulawayo side since late August after he was released by SuperSport United. He has also been featuring in the team’s developmental side, Bosso 90.

Replaying one concerned fan on the issue which has brought confusion to their Buy Prince Dube campaign, the C.E.O said fans should avoid believing some unconfirmed reports. 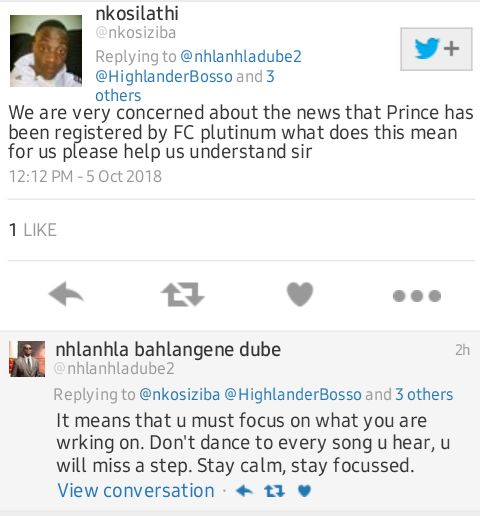 The Buy Prince Dube campaign is an initiative aimed at raising funds to sign the young forward. The club announced on Tuesday that it had received over $500 since the campaign was launched more than a week ago.