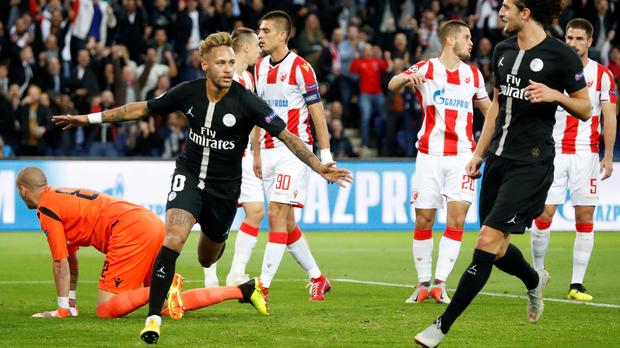 Paris Saint-Germain’s 6-1 Champions League win over Red Star Belgrade is reportedly under investigation after a senior official at the Serbian club allegedly placed a multi-million bet against his own team.

According to French publication L’Equipe, French prosecutors have begun looking into the match-fixing allegations after a tip-off by UEFA.

The senior figure within the Serbian side is said to have put almost €5million (£4.4m) on his own team to lose by a five-goal margin. The game was played last week and Red Star could now face action after the claims came to light.

PSG dominated the match and had an outrageous 34 shots to Belgrade’s five. Neymar scored a hat-trick in the riot to add on to goals from Edinson Cavani, Angel Di Maria and Kylian Mbappe.