CAPS United have now gone for five consecutive league games without a victory after they lost 1-0 defeat to ZPC Kariba on Saturday.

David Temwanjira scored the solitary goal in the 18th minute to give the hosts the advantage.

The Green Machine had suffered a setback a minute before when they were forced to make an early substitution after Dominic Mukandi picked up an injury.

They went on to lose goalkeeper Prosper Chigumba and Tinotenda Chiunye with injuries again before the break.

The second half produced no goals and ZPC Kariba won the match with a narrow margin.

Rodwell Chinyengetere struck home two minutes into the second half to send the visitors into the lead.

Nichrut failed to recover and they slumped to 14th position, tied on 32 points with the team occupying the top spot in the drop zone.

The derby encounter between Chicken Inn and Bulawayo Chiefs ended in favour of Amakhosi Amahle.

The Gamecocks were the favourites to win ahead of the match but a second-half effort by Gracious Mleya stunned the home team as their three-game unbeaten run came to an end.

At Baobab, Ngezi Platinum Stars were held to a goalless draw by Chapungu. 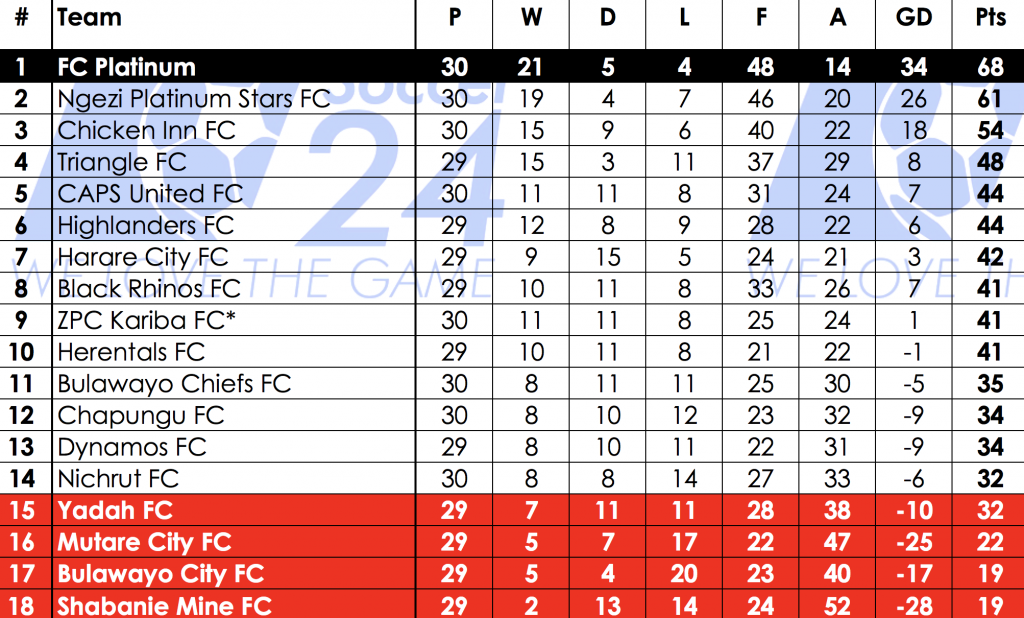