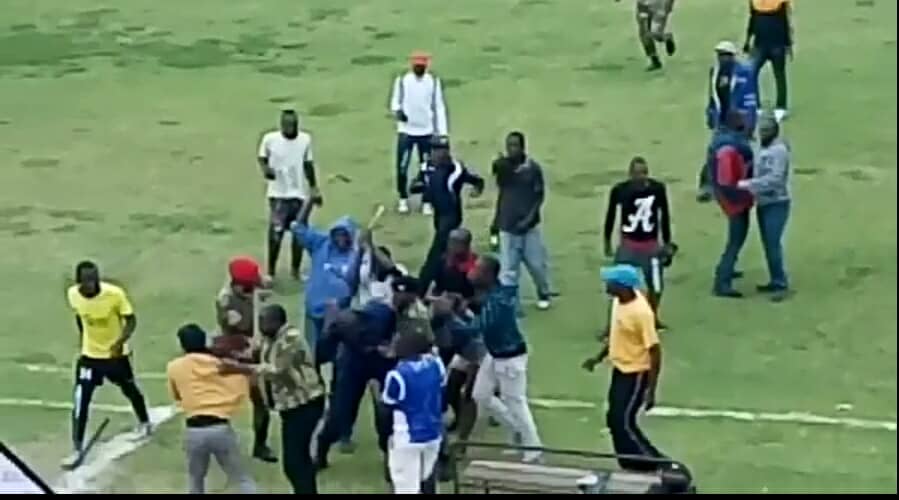 TelOne’s celebrations for gaining promotion into the Premier Soccer League were marred by violence following their 1-0 win over Tongogara on Sunday.

The Joel Luphahla coached side finished the season with 44 points, three ahead of the Army outfit who have now missed the championship on the last day for the second time in a row, having surrendered the race to Nichrut in last campaign.

Violence broke out after the final whistle as angry Tongogara fans started to beat officials from the opposite team.

In one of the videos, soldiers had to intervene after a mob attacked a man who seemed to be wearing a police uniform.

There was a stampede at some exit points as spectators tried to seek safety.

Meanwhile, Telone become the second team to get promoted into the top flight league after Manica Diamond clinched the Eastern Region Divison One title last week.