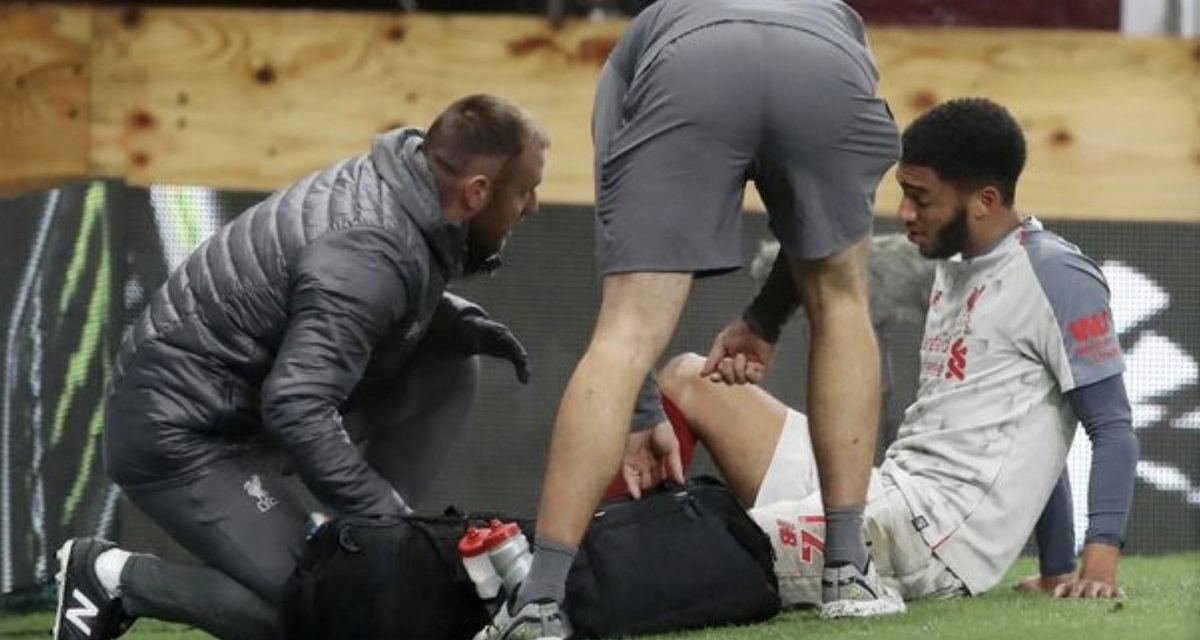 Liverpool defender Joe Gomez will be out for six weeks after fracturing lower leg during Wednesday’s 3-1 victory over Burnely.

A statement issued by the club on Thursday reads:

Liverpool can confirm Joe Gomez sustained a fracture to the lower left leg during the 3-1 win at Burnley on Wednesday night.

The defender needed to be substituted after 23 minutes at Turf Moor following a challenge from which he was unable to continue.

Gomez’s injury was further assessed by the Reds’ medical team at Melwood on Thursday.

Initial indications suggest the 21-year-old is facing a spell of up to six weeks out of action, though this is dependent on how his treatment and rehabilitation programmes progress.