Revealed: Dynamos is the most ill-disciplined team in 2018 season

Dynamos is the most ill-disciplined team in the 2018 Castle Lager Premier Soccer League.

The Glamour Boys scored the worst mark on the 2018 Fair Play Table with 540 points.

Dembare picked 56 yellow cards, two red cards and they received more fines than any other team in the league.

Yadah and Highlanders complete the bottom three with Bulawayo Chiefs getting the best score of 200. Chiefs and Black Rhinos are the only teams which didn’t receive any fine throughout the campaign.

CAPS United who finished last in 2017 Fair Play Table, made some improvement this year as they are placed in the 12th position.

Meanwhile, Bulawayo City got more red cards (5) than any other team while Yadah has the highest number of yellow cards (57). 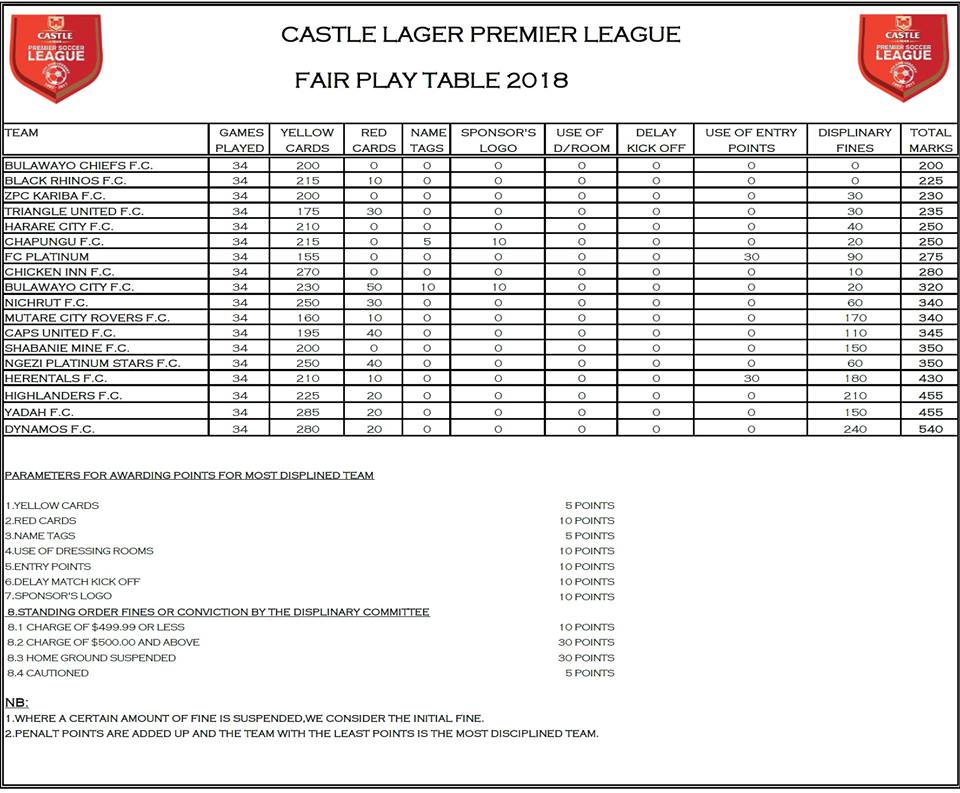