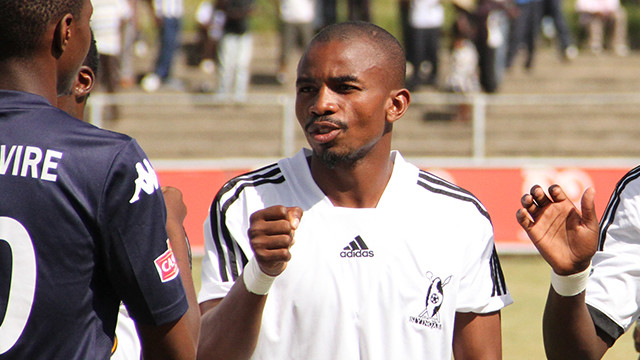 CAPS United have been heavily linked with Gabriel Nyoni in the past few weeks with some reports even suggesting that the winger had signed a pre-contract.

Since it’s now clear Nyoni will not renew his contract with Highlanders when it expires on 31 December, there is another report suggesting that Makepekepe have even offered the 26-year-old a stand in the affluent Harare suburb of Borrowdale, a $1 500 monthly salary and secured him employment in marketing.

But the club’s administrator, Morton Dodzo has denied that they have signed Nyoni, stating that they have not even engaged him at all, according to The Sunday News.

“We haven’t signed Gabriel Nyoni, we haven’t even engaged him, and we haven’t initiated any talks with him. We haven’t seen the coaches’ wish list and if that player is part of that,’’ Dodzo said.

However, Nyoni confirmed last week that he had received offers from other clubs but could not reveal their names.

Ngezi Platinum Stars are also understood to be chasing the forward hinting a chance of a reunion with former coach, Erol Akbay.