Joey Antipas to go for attachment at Bundesliga club 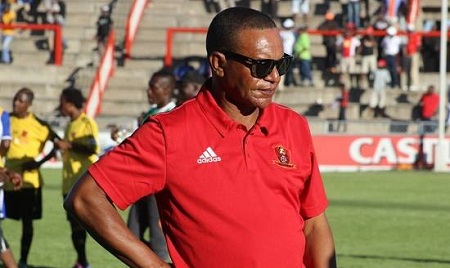 The gaffer revealed the news to the Chronicle, saying his son his son Quincy who plays for Hobro in Denmark, organised the coaching attachment which will start on January 4 to the 25th of the month.

“I’m really excited about the programme that I’ll be attending to just after the New Year. At the moment, I’m recharging my batteries on holiday here in Denmark before leaving for Germany on January 3.

“I’m grateful to my son Quincy who organised this three-week long attachment at Werder Bremen which is important in the sense that I’ll get an insight on football’s ever-changing developments. This programme is practical because it will be hands-on,” Antipas told the newspaper.

Antipas is a holder of a CAF B Coaching Licence and has in the past attended overseas attachments, with the first being at Borussia Dortmund in 2012 followed by another at Danish side Brondby in 2013.