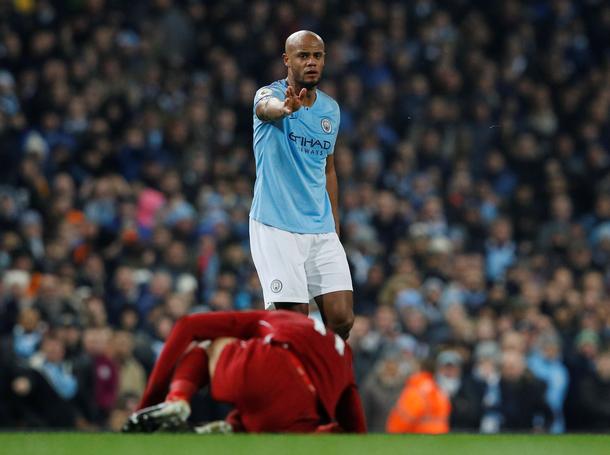 Jurgen Klopp says Vincent Kompany should have received a red card for his crude challenge on Mohamed Salah in Liverpool’s 2-1 defeat against Manchester City on Thursday.

City captain Kompany escaped with only a yellow card following his two-footed lunge on Salah in the first half.

The Egyptian was able to play on after the foul, but Klopp thinks it could have ended his player’s season.

“I really like Vincent Kompany, but how on Earth is that not a red card?

“He is the last man and he goes in. If he hits Mo [Salah] more, he is out for the season. It is not easy for the ref and he may not see it how I see it,” said Klopp.

Kompany responded to Klopp’s verdict, insisting he had made a firm but fair tackle.

“I thought it was a great challenge, was it not? I got the ball, a little bit of the man but it wasn’t naughty,” said Kompany.

Meanwhile, the result handed Liverpool their first defeat of the season, ending a 20-match unbeaten run.