Jonah Fabisch reveals why he wants to play for Zimbabwe 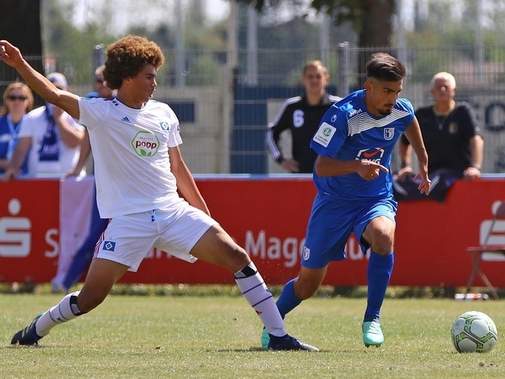 Jonah Fabisch has revealed why he wants to represent the Warriors in future.

The 17-year-old midfielder who plays for Hamburger SV and Germany’s U19s is the son of the late former national team coach Reinhard. He is eligible to feature for the country as his mother is from Zimbabwe.

In an interview with Sunday Mail, Jonah believes playing for the Warriors will be an honour to his father’s legacy on the local football scene.

“My father has a huge legacy here in Zimbabwe and I feel like I need to do this (play for Zimbabwe) in his honour,” revealed Jonah.

“I have been invited for German national youth teams but I haven’t yet made my decision on my senior national career. But I have got this strong attachment to Zimbabwe, it is my home country so I can say 90 percent I will play for the Warriors.”

The late Fabisch assembled the “Dream Team” which went for a record 12 games unbeaten at the National Sports in both the Africa Cup of Nations and World Cup qualifiers between 1992 and 1995. African football giants Cameroon and Egypt, as well as the likes of Angola, Togo, Guinea and South Africa, were some of the teams that were belittled by Fabisch’s gallant squad.

Jonah already holds a local passport and is available for national team selection in the future.