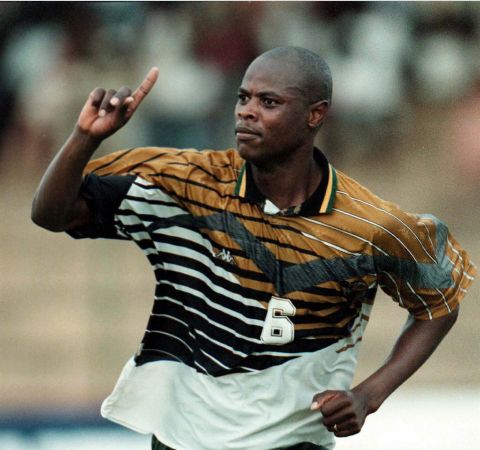 Details about his death are still sketchy but the former forward was admitted into Tshepong Hospital in Klerksdorp last month and then later moved to Parktown in Johannesburg after suffering from an undisclosed illness.

Masinga was part of the Bafana Bafana squad that won the 1996 Afcon on home soil. He is best remembered for his goal against Congo, which secured South Africa’s first World Cup appearance in 1998.

Masinga spent two years at Leeds and also had spells at St Gallen in Switzerland and Italian clubs Salernitana and Bari.