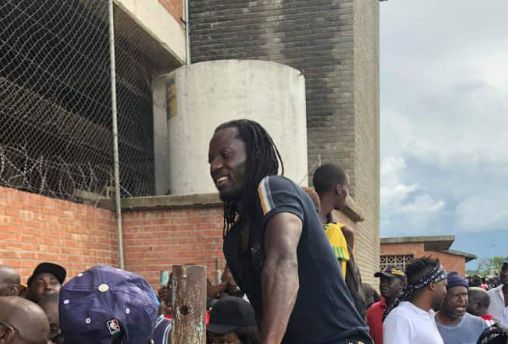 Footage has emerged showing Benjani Mwaruwari fuming after the former Warriors skipper spent over 45 minutes waiting to gain entry into the Barbourfields Stadium on Saturday.

FC Platinum was hosting Orlando Pirates in a Champions League Group B encounter. The game, played in front of a packed audience, ended in a goalless draw.

The 40-year-old was left stranded after one of the access points into the venue was closed with people in long queues also stuck outside.

The former Manchester City and Sunderland striker is heard in the 47-second video saying: “We are failing to get what we have came here for. There is no VIP. I arrived 45 minutes ago and I am still outside. I want to watch Pirates and FC Platinum.

“There must be a place for people like us. You say we are going forward, which forward? We are moving backwards.

“We are not getting inside, what kind of nonsense is this?”

Benjani, however, was later allowed to jumb over the barricades and gained access into the stadium.

Here is the video.