Murimba set for trials at Sundowns 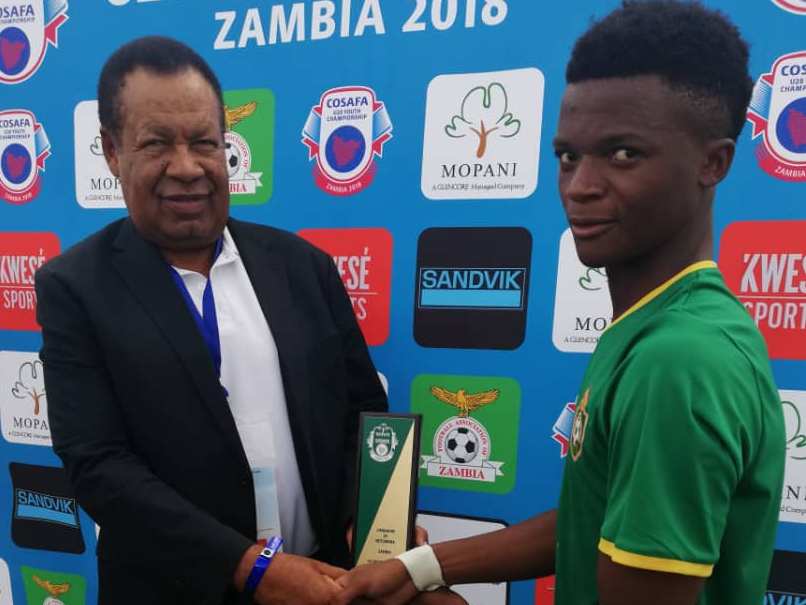 According to the Herald, the 19-year was invited for a ten-day assessment at the Absa Premiership club.

A letter from Sundowns, seen by the newspaper reads: “We confirm that the above mentioned professional soccer player (Delic Murimba) has been invited by us (Mamelodi Sundowns Football Club) to attend trials at our club, for a period of approximately 10 days with immediate effect to travel to South Africa on the 14th of January 2019.

“Sundowns will be responsible for his flights, accommodation, transport and meals for the duration of his stay in South Africa.

“Further, we confirm that Sundowns FC will take full responsibility of him whilst he is in South Africa and ensure his return to his home country. Should you have any queries, do not hesitate to contact us.”

The invite was facilitated by former CAPS United and Young Warriors star Butler Masango who now runs a flourishing academy in South Africa.

Murimba was part of the Young Warriors squad that reached the 2018 COSAFA Under-20 Championships final in December last year. He finished the tournament as joint top scorer on five goals along with South Africa’s Lyle Foster