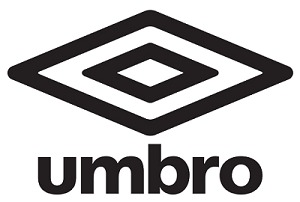 The national team had no sponsor after parting ways with a Malaysian sportswear company, Mafro last year.

Umbro once sponsored the Warriors five years ago during the successful campaign at the 2014 CHAN tournament held in South Africa.

The unveiling was done in Harare on Monday morning and follows after the coming in of a new executive which announced last month that they were working on securing a reputable kit sponsor before the Afcon encounter against Congo in March.

The Warriors will don the Umbro kit in the encounter that will be played at National Sports Stadium in Harare.

Here is a statement by Zifa:

The sportswear supplier will provide a full consignment of kits for all national teams at the beginning of every football season for the next three years. There were no samples presented at the official launch but the association has already submitted specifications to Umbro so that a kit will be available for the senior team and under-23 Africa Cup of Nations qualifiers in March.

The landmark deal brings an end to a period where national teams wore unbranded kits of relatively low quality.

Both the ZIFA President, Felton Kamambo and Umbro representative Elroy Dicks spoke about the need to reposition Zimbabwe as a Southern Region football powerhouse that it is. The signing ceremony took place in Harare on 4 February.

Recently engaged online ticketing company, Clicknpay also demonstrated to the media and all else present how their platform works.

The president donated five rest of the ground tickets to ladies who attended the event, including journalists and executive committee member, Barbara Chikosi.