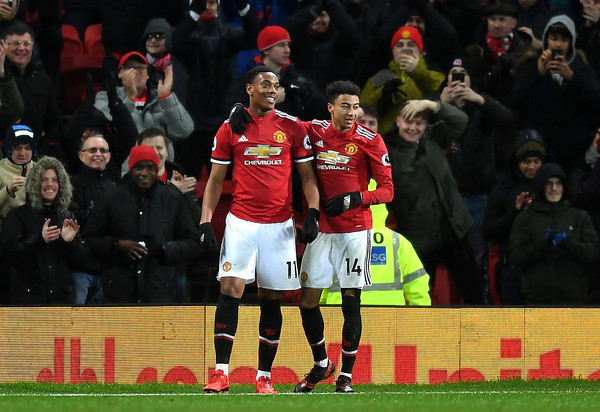 Manchester United attacking duo of Anthony Martial and Jesse Lingard will miss the FA Cup clash against Chelsea and the league encounter with Liverpool in the following weekend.

The pair was injured during the 2-0 loss to PSG in the first leg of the UEFA Champions League, last-16 on Tuesday.

Lingard suffered what appeared to be a hamstring injury a few moments before half-time. Martial was injured earlier in the game and played on until the interval but did not reappear for the second half.

“I think they will be out for two to three weeks looking at it now,” coach Ole Gunnar Solskjaer said in his press conference ahead of the Chelsea game.

Alexis Sanchez and Romelu Lukaku will be expected to lead the attack in both matches and the duo will get a chance to prove their worth during Lingard and Martial’s spell out.