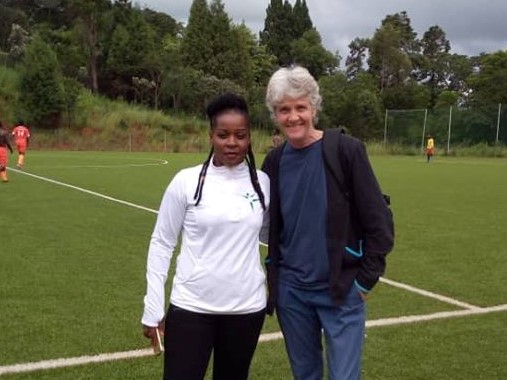 Two-time Olympic winning coach Pia Sundhage is in the country where she is mentoring Mighty Warriors gaffer Sithethelelwe Sibanda.

Sundhage’s visit follows after Sibanda attended the inaugural FIFA Coach Mentorship Programme held in Zurich, Switzerland in October, last year. The project is designed to support female coaches by enabling them to acquire new knowledge and skills from their experienced counterparts.

The Mighty Warriors coach was paired with Sundhage who won two gold medals with the USA at the 2008 and 2012 Olympics games. The Swedish also guided the team to the 2011 FIFA Women’s World Cup final where they lost to Japan on penalties.

The project will run until November 2019.