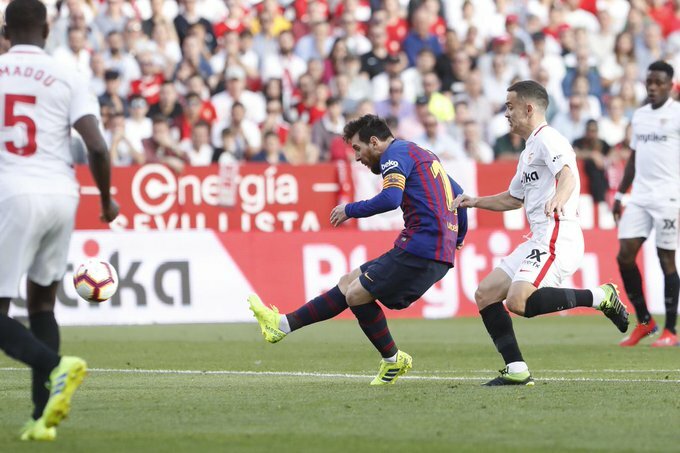 It was the Argentine’s show as he also assisted the fourth goal which was scored by Luis Suarez late in the game. He thundered a volley in the 27th minute to equalise for Barca who had gone behind to Jesus Navas’ opener four minutes before.

Gabriel Mercado restored the advantage on the 42nd minute as Sevilla went to break leading 2-1.

Twenty minutes into the second period, the five-time Ballon d’Or winner unleashed another superb strike from 16 yards out into the top corner to make it 2-2.

He completed his hat-trick in the 85th minute with an intelligent effort before setting up Suarez a few moments later.