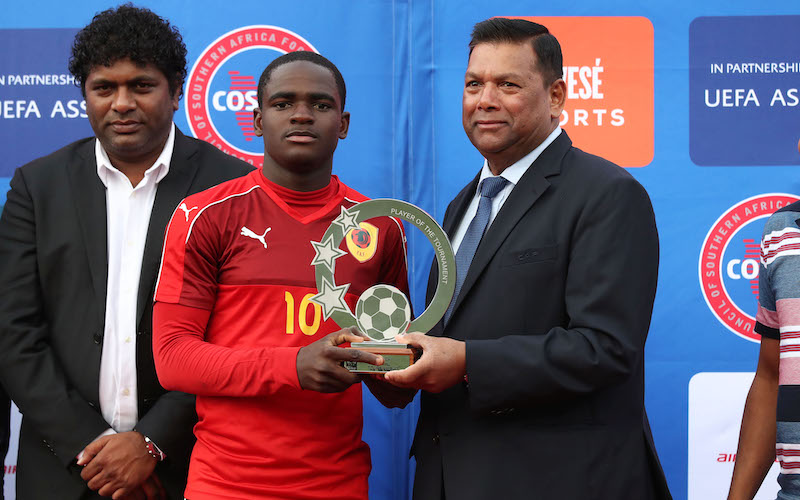 Angola youngster Zito Luvumbo is set to undergo trials at Manchester United, according to the COSAFA official website.

Luvumbo has also attracted the interest of Portugues giants Benfica, FC Porto and Sporting Lisbon. He led the team to the title in the Under-17 category, scoring three goals in the competition, and was named Player of the Tournament.

The forward also netted in the third-place play-off in the Under-20 competition as Angola finished third.

If he impresses at the EPL club, Zito will become the second Angolan to sign for Manchester United. However, he will only get a contract when he turns 18 years.