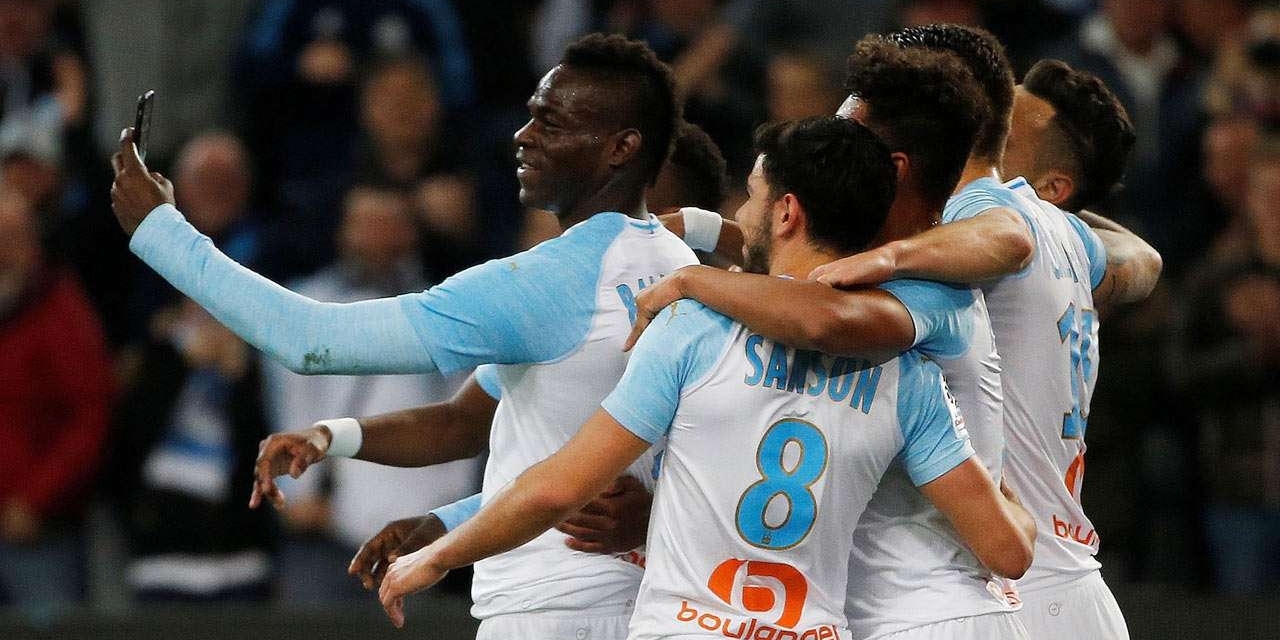 Mario Balotelli celebrated his goal in Marseille’s Sunday victory by taking a live selfie video with his teammates and posted it on social media.

The Italian netted the opener in the 12th minute with a brilliant overhead kick in the 2-0 win over against Saint-Etienne. The goal was his fourth in the six Ligue 1 games he has played since joining the club from Nice in January.

As he celebrated his volley, Balotelli took a phone from the cameraman behind the goal before filming the video with his laughing teammates and posting it on his Instagram story.

The 28-year-old striker isn’t the only player to take a selfie during a game.

Former Roma and Italy striker Francesco Totti took a picture of himself celebrating after scoring against Lazio in the Rome derby in 2015.