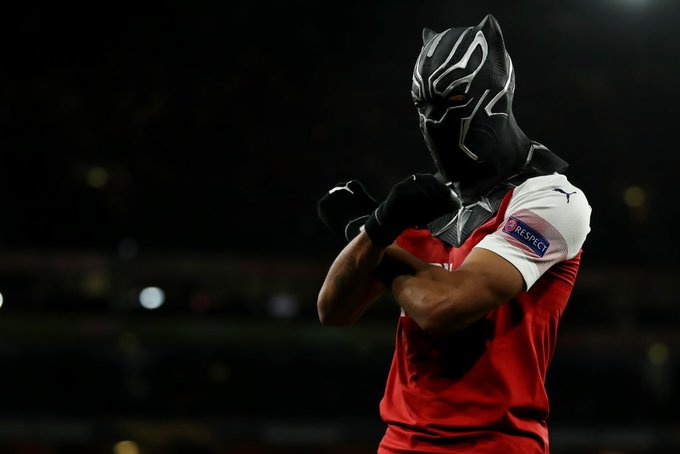 Pierre-Emerick Aubameyang has explained the reasons behind donning a Black Panther mask after scoring against Rennes on Thursday.

The Arsenal striker scored twice in the 3-0 Europa League victory and celebrated his second goal by putting on a Black Panther mask which had been stored behind the goal – the latest in his trademark superhero celebrations, which earned him a booking.

“I needed a mask which represents me, and that’s the Black Panther. In Gabon we call the national team the Panthers,” Aubameyang told BT Sport in a post-match interview.

Ainsley Maitland-Niles got the other goal with a header as the Gunners won the tie 4-3 on aggregate.