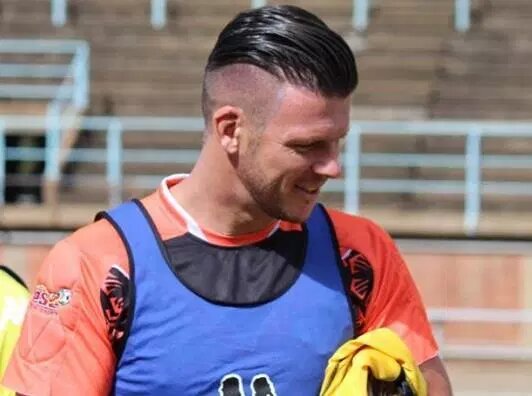 Ryan Harrison has quit Harare City to venture into coaching like his father, Mark.

The goalkeeper has since returned to England where he is attending a Uefa B coaching course.

Mark who is City’s coach, confirmed the development to the NewsDay when his side played Chicken Inn in a practice match at Luveve Stadium in Bulawayo on Friday.

“Ryan has gone back to the United Kingdom (UK),” Mark said. “He is taking his Uefa Licence there. He has done his C-Licence, and he is taking his B, and I think he is contemplating more on moving into the coaching side.”

“That is to my detriment of course. I don’t think he will be coming back, he will be staying in the UK,” added the coach.

Ryan joined his father at Harare City last year from South Africa and had a good season with the Sunshine Boys ending the season on a high note in the race for the Castle Lager goalkeeper of the year award.