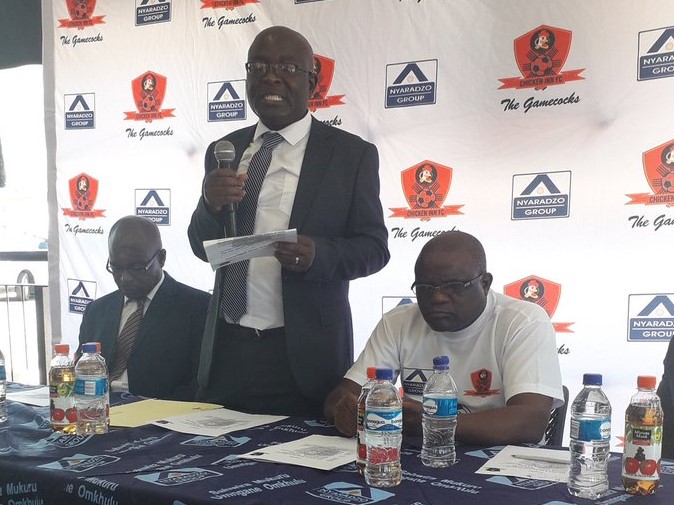 Chicken Inn has brought in Nyaradzo Group as their new sponsors.

The unveiling of the sponsorship was held in Bulawayo on Thursday afternoon.

The new deal is set to benefit fifty players and members of the technical staff where they will get funeral covers. The club will also receive a new team bus as part of the sponsorship package.

We welcome Nyaradzo to the family….
You will knw soon…..
On the road to 2019 Championship kusazoba mnand….#GameCocks

The 2015 PSL champions become the fifth top-flight club after giants Highlanders, Dynamos, Caps United and Chapungu to get a bus from Nyaradzo.

The Gamecocks has been largely sponsored by Simbisa Brands since being promoted into the country’s top flight league in 2010. Last season they entered into partnerships with Blackshark Protection Services, Bonvie Medical Aid and Zibuko Capital.

Meanwhile, Chicken Inn has announced its technical team and squad for the coming 2019 season.