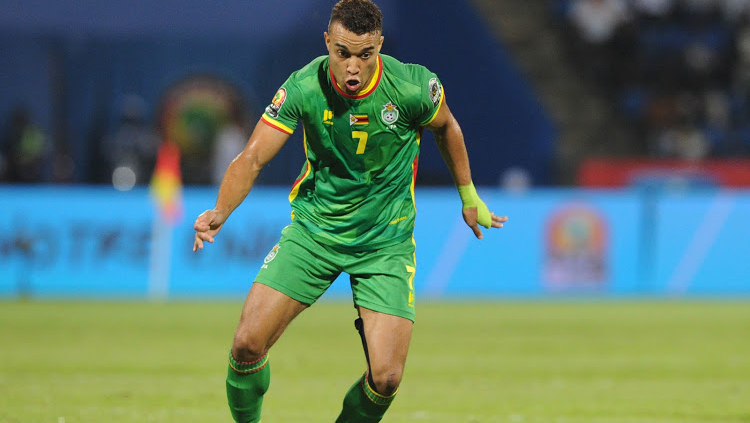 The 23-year-old France-base striker was presented with the club’s Player of the Month award before the game. He was directly involved in four goals in three games he played during the month, managing to score two.

England-based Nottingham Forest defender Tendayi Darikwa was not part of the squad that lost 2-1 to Rotherham in the league while Macauley Bonne of Leyton Orient was in action over the weekend.

In China, Nyasha Mushekwi scored his first goal of the season yesterday, netting the consolation in Dalian Yifang’s 2-1 home loss to Tianjin Teda. Mushekwi played the entire match which was his second appearance of the 2019 Chines Super League season after missing the opening two games of the campaign.

Matthew Rusike had a terrible outing in Norway after he was stretchered off during his team, Stabaek’s 3-0 defeat to Molde. The striker was making his second league appearance since moving to Europe in March from South African side Cape Town City.

Kaizer Chiefs defender Teenage Hadebe also suffered a serious injury over the weekend and did not finish the game against Baroka FC as he was taken to the hospital. The player suffered a Grade One mild concussion and the club announced that he was recovering well.

Team-mate Khama Billiat did not feature in the encounter due to an injury sustained last week while Willard Katsande was an unused substitute.

Baroka, on the other hand, had Elvis Chipezeze in goals. The Zimbabwean keeper had a great game, making several telling saves throughout the match. Team-mate Rodwell Chinyengetere also played and received a booking in the added time for a clumsy challenge on an opponent.

Chawapiwa and Ncube played the entire ninety minutes while Karuru came on a second-half substitute.

Golden Arrows striker Knox Mutizwa assisted the winning goal against Cape Town City after coming on a second-half sub while left-back Divine Lunga was employed as a winger on the day.

Danny Phiri played the whole match and was booked in the 65th minute.

Polokwane City goalkeeper George Chigova failed to keep a clean sheet as his team won 3-1 over Black Leopards. Striker Walter Musona started on the bench and came on with twenty minutes left on the clock.

Orlando Pirates midfielder Marshall Munetsi made a late cameo appearance when his side won 1-0 at Bidvest Wits.