Video: The moment almost everyone on the pitch dropped to the ground as swarm of bees passed over B.F 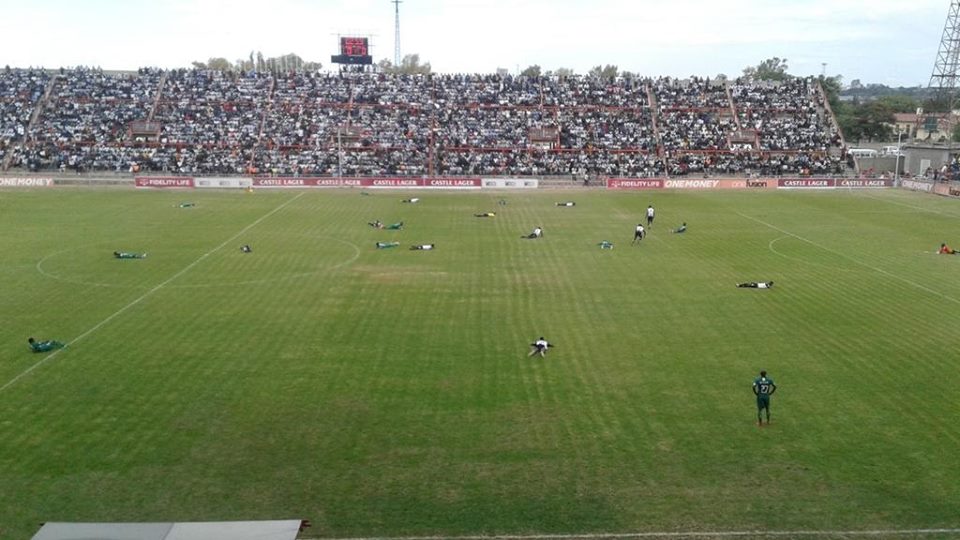 A passing swarm of bees caused a temporary stoppage in the opening stage of the game between Highlanders and CAPS United on Sunday.

Almost everyone on the pitch, including the referees, went down to the ground to avoid attracting the bees which were passing over the Barbourfields Stadium and only Gabriel Nyoni was spotted standing.

But looking at the funny side of it, the way they dropped to the ground, one would think they were doing the famous Malwedhe dance by South African artist King Monada.

Nonetheless, the game continued afterwards, and it ended in a goalless draw.