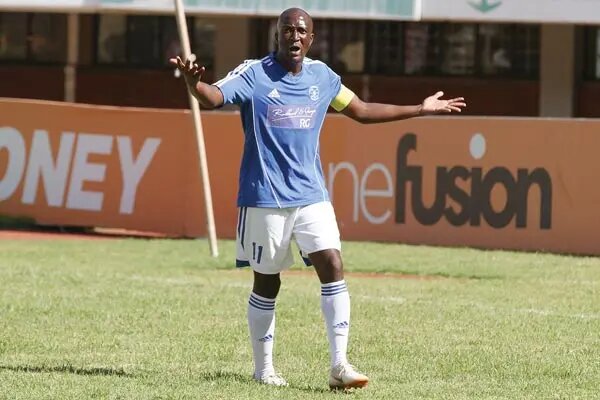 Dynamos captain Edward Sadomba was sent off in the first half as his side succumbed to a second successive defeat of the season, this time at the hands of Chicken Inn.

The Glamour Boys lost the match 2-0 at Barbourfields Stadium on Saturday afternoon, and a lifeless first half saw the Harare giants conceding both goals before the break.

The hosts set the pace in the early moments of the game and were awarded a penalty in the eleventh minute which was converted by in-form striker Clive Augusto. Innocent Muchaneka followed up on minute 18 with an effort which could have doubled the advantage, but it went straight to hit the woodwork.

Nonetheless, the Gamecocks got their second goal three minutes later through Malvin Gaki who was fantastic throughout the match.

Augusto came back again, searching to complete his brace, but his effort was cleared off the line by Tatenda Muringai moments after half hour.

Dynamos made a change towards the break, introducing Godfrey Mukambi for Jarison Selemani with a hope of turning around the fate but were dealt another blow in the 42nd minute when Sadomba received his second booking.

The expulsion triggered some crowd trouble from the Dembare stand and the play was temporarily stopped.

The restart to the second period was also affected. Dembare, however, managed to improve but failed to bury home at least an effort inside the regulation time.

The match ended 2-0 in favour of Chicken Inn who are still to lose a game this season.

At Rufaro Stadium, Mark Harrison’s gamble to field junior players paid off when his Harare City got the first win of the campaign at the expense of Highlanders.

The Sunshine Boys came from behind and beat a 10-man Bosso side 3-1.

Prince Dube opened the scoring in the 26th minute to put the visitors ahead. City responded just before the half-hour through Munyaradzi Diro-Nyenye who finished off Milton Ncube’s free-kick from the edge of the box.

Walter Mukanga then completed the turn-around on minute 32 before Tatenda Tumba hit the target early in the second half. Mukanga could have gotten his second goal of the day in the 76th minute but was denied from the spot by Highlanders goalkeeper Ariel Sibanda.

Defender McClive Phiri did not finish the game as he received a red card in the incident that led to a penalty.

The encounter between TelOne and ZPC Kariba ended in a 1-0 result in favour of Kauya Katuru-turu. 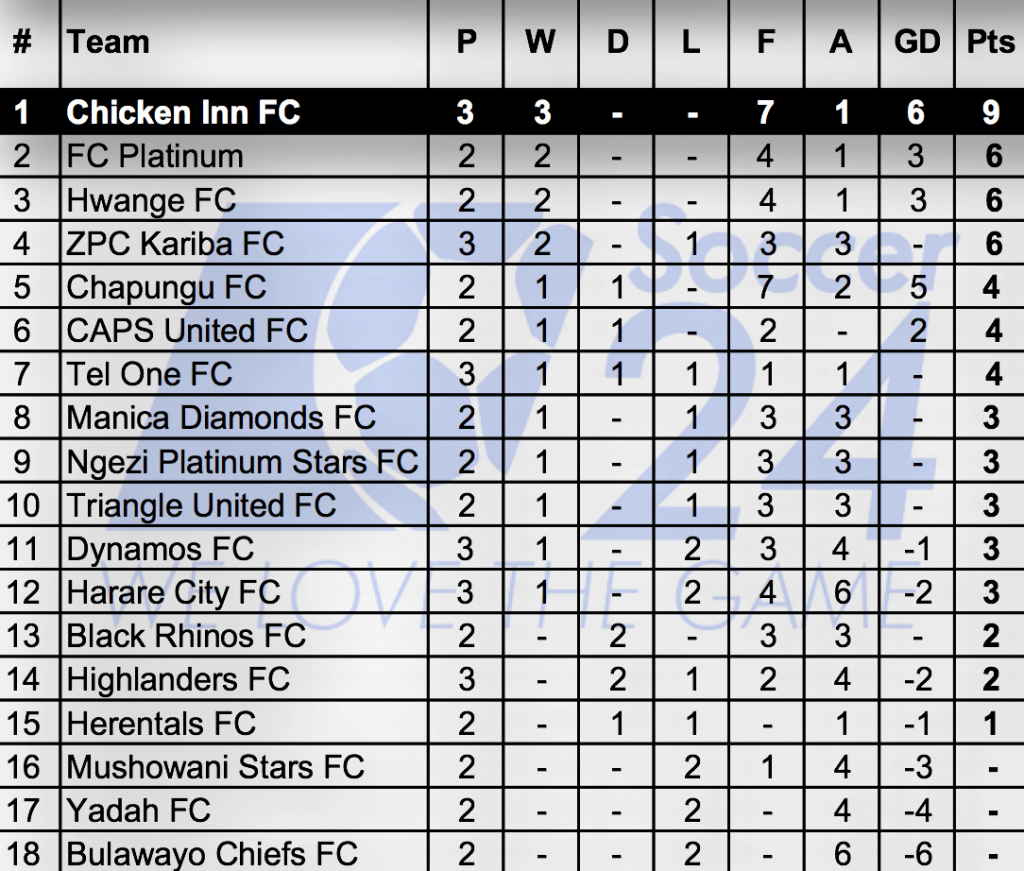