Bosso have only managed two points this season and the 1-0 loss against Triangle United on Monday afternoon saw them draw more pressure to deliver something better.

A first-half strike by Nyasha Chintuli was all the Sugar Boys needed to win their second ever league game against the Bulawayo giants. The goal came a few moments after Godfrey Makaruse fluffed a beautiful chance at the other end, sending his effort over with only the keeper to beat.

The home team was the better side on ball possession in the first half but still went to the break trailing.

They tried to come back into the game in the second period and created a couple of chances with Prince Dube and Mbekezeli Sibanda both getting a feel on goal but again, luck was not on their side. However, the biggest opportunity in the half was wasted by Brian Banda who shot off target unmarked inside the box on minute 84.

Triangle managed to hold on and collected maximum points.

In Harare, Juan Mutudza netted a late goal which gave Herentals their first victory in this campaign at the expense of the Glamour Boys.

The Students were clearly the better side throughout the game and could have scored earlier with Blessing Majarira agonisingly missing the target just after the half hour.

Dembare also had a fair share of chances but none was threatening except the 16th-minute header from a corner-kick by Munyaradzi Mawadza which was cleared off the line. Ngandu Mangala also made some good runs but failed to find the goal. He was subbed off on the hour, a decision which angered the fans.

The result puts coach Lloyd Chigowe’s future in a precarious situation as he has, of late, been under pressure after conceding four consecutive defeats across all competitions.

Elsewhere, Stephen Sibanda scored the solitary goal for Manica Diamonds against Mushowani Stars in a match played at Gibbo Stadium. 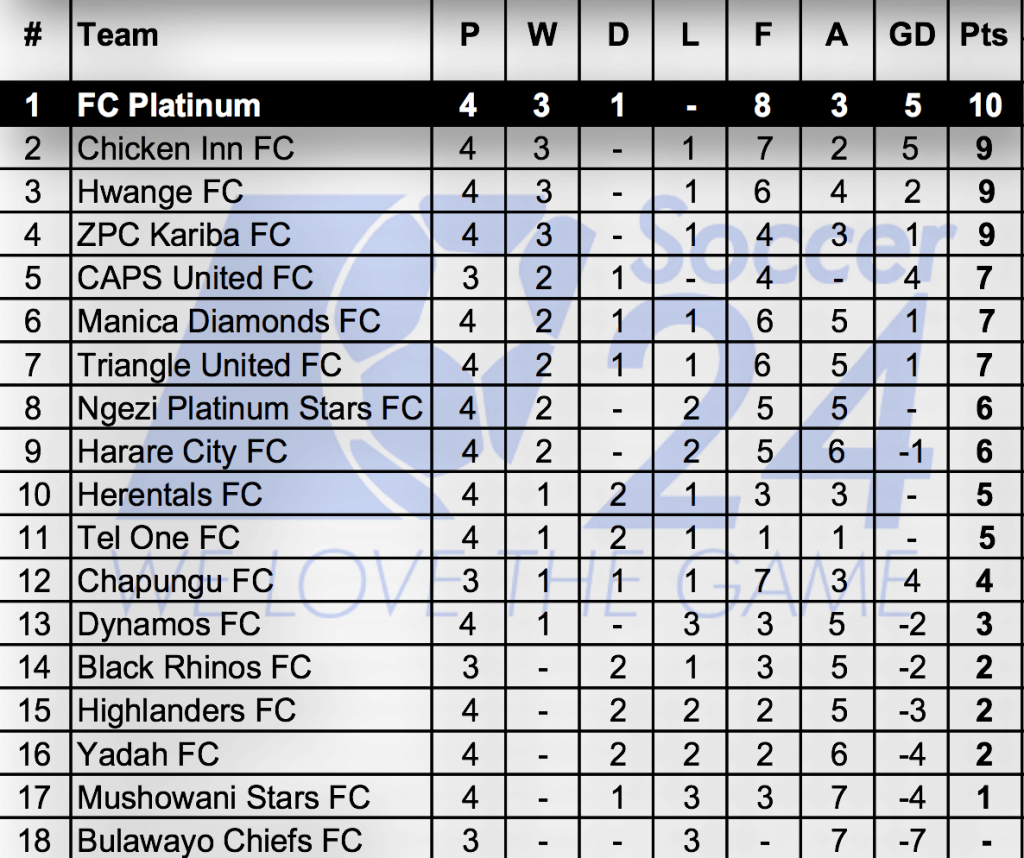