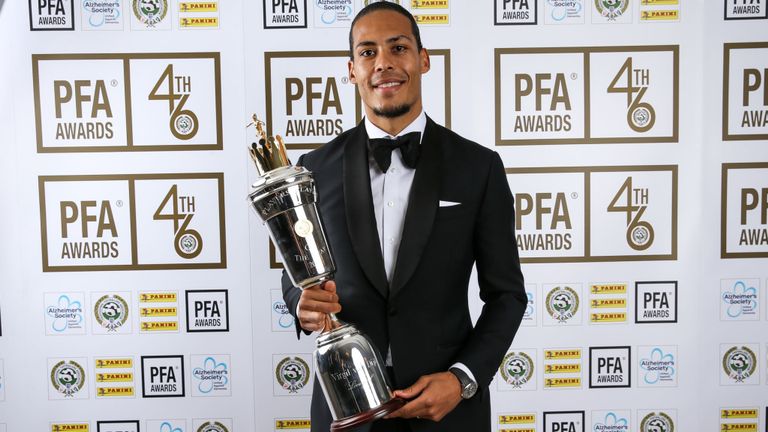 Liverpool centre-back Virgil van Dijk was named as England’s PFA Player of the Year for 2019 on Sunday.

He is the first defender to win the trophy since former Chelsea captain John Terry in 2005, and this is the second year in a row a Liverpool player has been named Players’ Player of the Year, after Mohamed Salah in 2018.

Sterling was named the PFA Young Player of the Year.