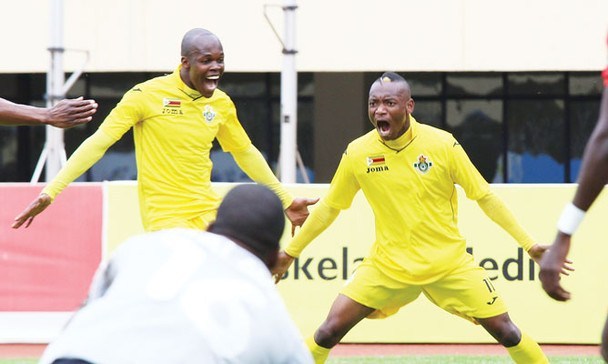 The Zimbabwe Warriors’ qualification journey to Africa Cup of Nations 2019 had a notable preeminent in far as the team’s prospects on the continent are concerned.

The campaign was characterised by impressive displays which saw Sunday ‘Mhofu’ Chidzambwa’s men live up to their name, the Warriors, particularly in the 2-1 away victory against a star-studded Democratic Republic of Congo in October last year.

Musona finished with five goals after starting the campaign with a hat-trick against Liberia at the National Sports Stadium. He followed up with a goal in a 2-1 victory in Kinshasa and sealed his tally in the home encounter against Congo.

Billiat had three goals, scoring in both legs against Congo Brazzaville.

That being said, anyone in the truth-telling business will agree that in booking their place at the finals slated for June, Zimbabwe, somewhat, over-relied on the duo.

In as much as it’s normal for a football team to have one or two players they look up to, Mhofu’s charges’ overreliance on Musona and Billiat was just too much.

Looking at the 1-1 draw at home against DRC when Musona missed the game due to a red card suspension, the team visibly struggled to create decent chances and going forward.

This exposed the weak point in the squad, and it requires special attention if the team is to excel at AFCON.

The other members of the selection should just come to the party. Players like Evans Rusike and Knox Mutizwa have well-documented heroic moments in the ABSA Premiership, and they must complement Musona and Billiat in Egypt for the betterment of the team.

When, for some reason, the two are not in the squad, that should not spell doom as other forwards will still get the goals for the Warriors.

For example, Nigeria had seven players who were on target in the Afcon qualifiers with Odion Ighalo leading the list with seven goals. This is a clear illustration that unsung heroes can also propel a football team, and the Warriors should learn from such cases.

As the countdown towards the Warriors’ opening fixture at the tournament against Egypt on 21st of June continues, any Warriors fan will be hoping that the apparent overdependence on the pair will be something only for the history books.