FC Platinum dropped points for the second time this season after playing to a goalless draw against Herentals at Mandava Stadium on Saturday.

The reigning champions remain on top of the table with fourteen points from six matches.

The game had a cagey start with both sides failing to create meaningful chances. The first real opportunity only came on the quarter hour when Devon Chafa got the space but his effort on goal went straight to the hands of the keeper.

The visiting team, on the other end, never made any threatening raids in the first half and the game went to the break 0-0.

The second half saw the FC Platinum retaining more possession, and again, were frustrated by Herentals’ backline. A few chances were created in the half with only one – by Chafa- managing to go on target but was saved by the keeper.

The scoreline remained unchanged as the Platinum Boys extended their undefeated run.

At Baobab Stadium, Ngezi Platinum collected maximum points against TelOne, thanks to an 11th-minute strike by Simba Nhivi.

Vincent Mhandu opened the scoring on the stroke of half-time before Ralph Kawondera equalised on minute 70. The parity, however, short-lived as Wellington Taderera restored the advantage four minutes later. 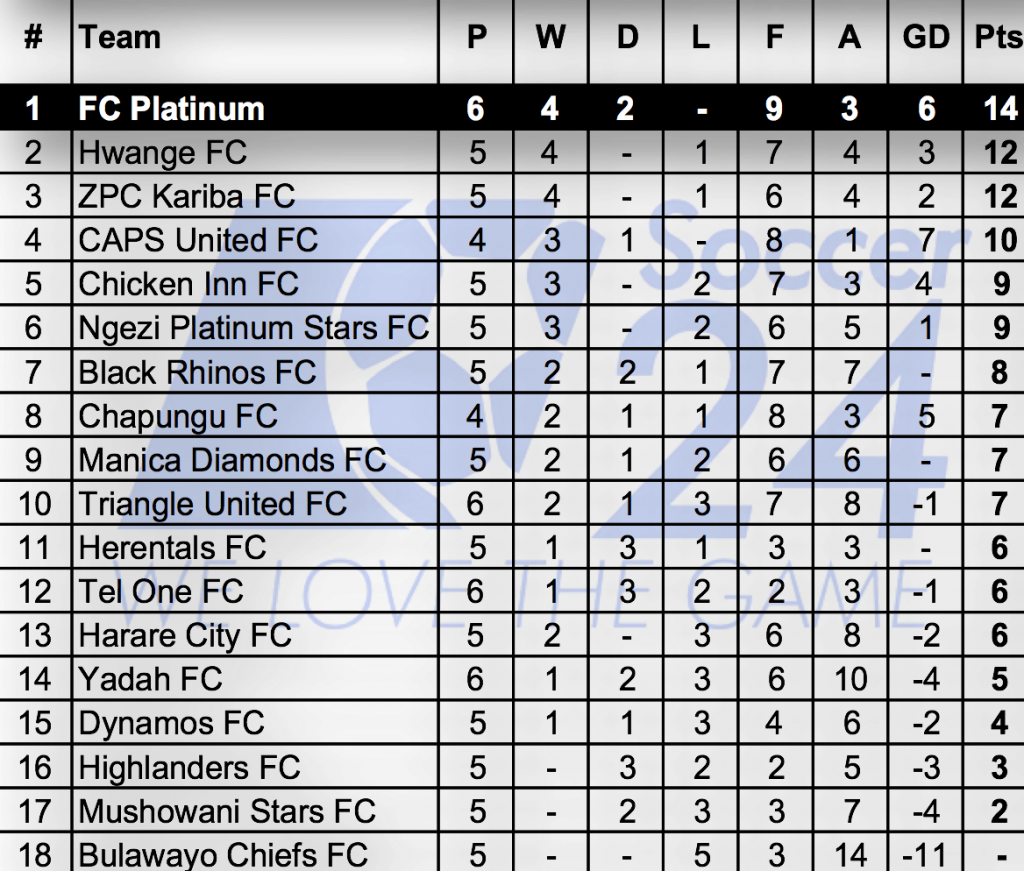