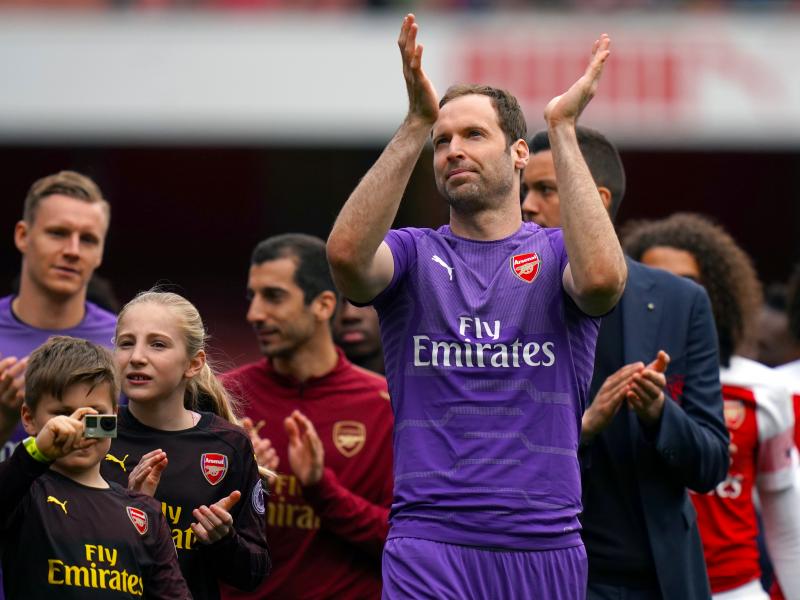 Arsenal trio of goalkeeper Petr Cech, midfielder Aaron Ramsey and striker Danny Welbeck bade farewell to the club during the last home match of the season on Sunday.

Ramsey is leaving for Juventus after 11 years in North London while Cech, 36, is retiring at the end of the season. Welbeck will not be offered a new contract and will be available on a free transfer upon the expiry of his contract in June.

The three players were honoured after the Sunday’s 1-1 draw against Brighton. However, they were unable to step onto the pitch to make a farewell Emirates Stadium appearance.

Speaking to Sky Sports afterwards, an emotional Ramsey said: “Eleven years of my life and so much has happened in that. When I look back, you can tell by my voice how much it means to me.

“I’m just very thankful for the opportunity to play for this great club and spend so many years [with Arsenal].

Welbeck and Ramsey who are both injured have already played their last games for Arsenal while Cech could wind up his career with an appearance at Burnley next weekend or possibly in the Europa final should they manage to go past Valencia.