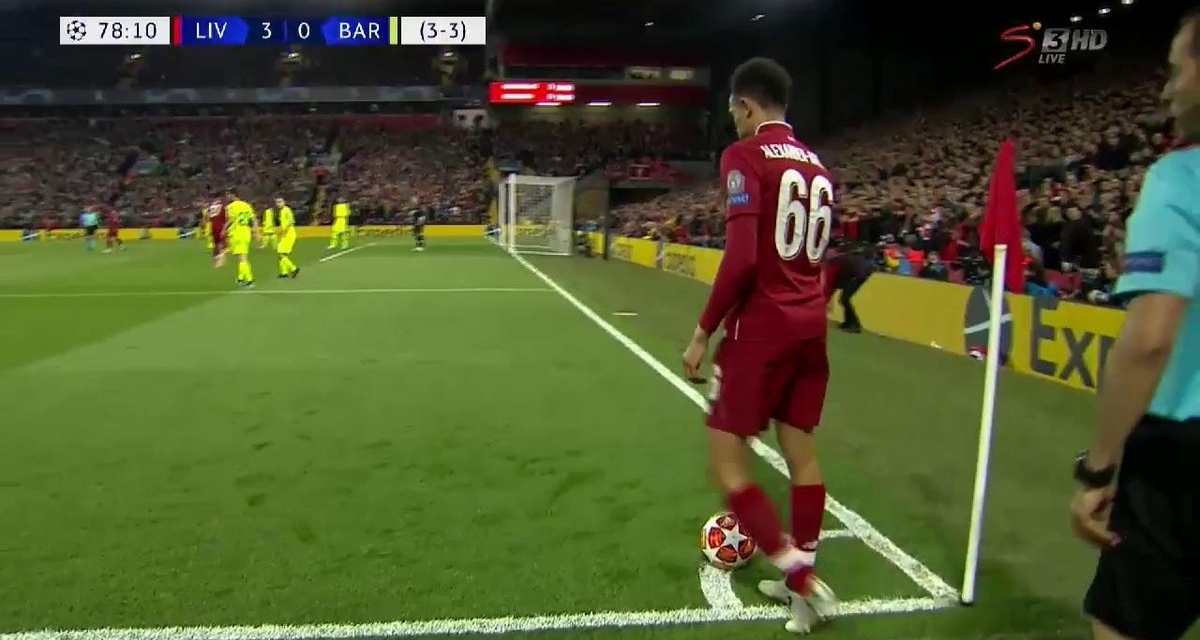 Liverpool coach Jürgen Klopp has hailed the “genius” of Trent Alexander-Arnold in the team’s fourth goal against Barcelona on Tuesday night.

The 20-year-old was leaving the corner flag to let Xherdan Shaqiri take the set-piece when he saw Origi open and unmarked inside the keeper’s box. He quickly played the ball to the striker who made no mistake to put it away for the winning goal.

Here is how Alexander-Arnold engineered the goal.