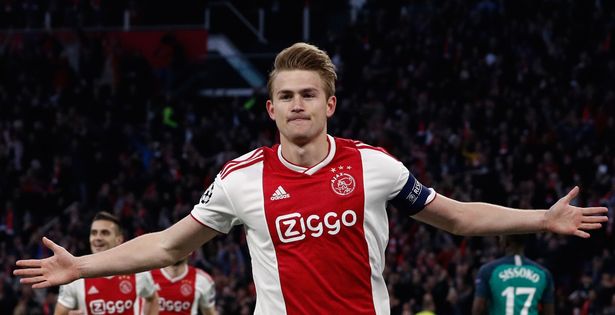 De Ligt, 19, has been linked with a move to Barcelona and Manchester United with his team-mate Frenkie de Jong already agreed to join the Camp Nou side at the end of the season for an initial fee of £65m.

“Matthijs has been here for 12 years, we hope it will be a great ending for him.”

De Ligt featured and scored in Wednesday’s Champions League semi-final defeat to Tottenham which saw their European journey coming to an end.