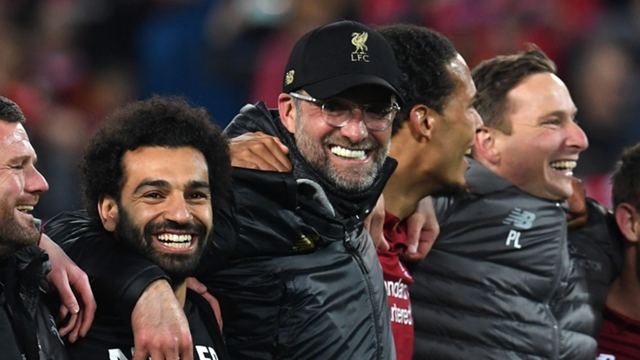 The conclusion as to which is the best football league in Europe is one of, if not the most unresolved debates in the sport.

In the past decade, the English Premier League has undoubtedly become the most followed championship in the world, toppling the Italian Serie A. But the dominance of Spanish teams in European competitions in last five years proved that they have the best talent on the planet.

Spanish teams have of late rubber-stamped their authority in Europe, with Real Madrid literally making the Champions League trophy their personal property after scooping it four times in five years.

Their arch-rivals Barcelona won the cup in 2015 before the Los Blancos triumphed in three consecutive seasons, making the title seemingly ‘untouchable’ for teams from other leagues.

Spanish teams have also dominated the Europa league, with Unai Emery’s exploits with Sevilla in the competition well-documented, scooping it three consecutive times.

But all that seems to have changed.

Liverpool defied all odds on Tuesday at Anfield by overturning a three-goal deficit to kick out Barca out of the Champions League and book their place in the final in Madrid.

In the othe semi final game, Lucas Moura, whom PSG sold to Spurs over a year ago, scored a dramatic injury-time winner against Dutch side Ajax, to set the stage for all English final for the first time since 2008.

Arsenal and Chelsea also raised the English flag high when they defeated Valencia and Eintracht Frankfurt respectively to enable an all English Europa and Champions for the first time ever.

This also guarantees that the winner of the UEFA Super Cup will also be an English, which brings the question whether this the end of Spanish teams’ dominance in Europe?