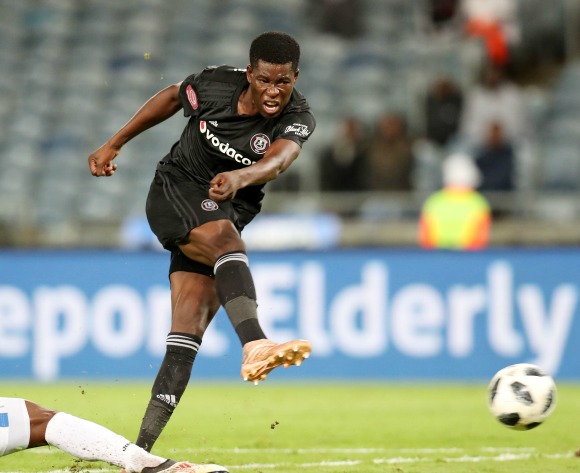 The Absa Premiership enters its final round this afternoon, and Orlando Pirates’ Zimbabwean duo of Marshall Munetsi and Kudakwashe Mahachi will be hoping for a miracle and win the title today.

Pirates are in the 2nd position with 54 points, two behind leaders Mamelodi Sundowns who could retain the crown with a victory over Free State Stars regardless of any outcome of the Wayne Arendse saga, or the results of their rival.

Sundowns have one Zimbabwean player – Cuthbert Malajila – who has appeared once in the team this term, featuring for a minute against Highlands Park in January.

The Soweto giants are playing Polokwane City, a side looking to finish the race in 5th position ahead of Kaitano Tembo’s SuperSport United.

Other Zimbabweans expected to be in action this afternoon are Terrence Dzvukamanja of Bidvest Wits whose team still have a small chance of grabbing the title, Kaizer Chiefs trio of Willard Katsande, Khama Billiat and Teenage Hadebe.

*All games will start at 3 pm.