Highlanders’ struggles seem to be far from over after suffering another humiliation, this team to Chicken Inn who beat them 3-0 at Barbourfields on Saturday.

The match, however, was marred by crowd trouble which forced a twenty-minute stoppage in the first half.

Highlanders started the game well, creating some good opportunities which they failed to convert. The hosts only found their feet towards the quarter-hour mark when an unmarked Clive Augusto was denied by Ariel Sibanda from point blank.

The Gamecocks came back again ten minutes later and this time broke the deadlock with Brett Amidu’s outrageous freekick which hit the back of the net from about 30 metres out.

Highlanders tried to make a quick response but their efforts were dampened when Augusto doubled the advantage on minute 38.

The goal infuriated the Bosso fans who invaded the pitch in protest as they thought the player netted the effort in an offside position.

Following the lengthy stoppage, Madinda Ndlovu’s men conceded another goal on the stroke of half-time through Amidu who completed his brace.

The second period was rather a quiet affair with Chicken Inn slowing their tempo while Highlanders never really caused any threats except for Prince Dube’s 78th minute which hit the post and Peter Nyirenda tried to mop in the rebound, but the referee had already seen him in an offside.

The match ended with Chicken Inn claiming all the bragging rights in this Bulawayo Derby and moved to the top of the table with 15 points.

At Nyamhunga, ten-man ZPC Kariba finally got their first win over Ngezi Platinum, thanks to a late goal from Simbarashe Gorogodyo.

At Rufaro Stadium, Wilfred Muvirimi’s penalty was saved as Harare City played to a goalless draw against Bulawayo Chiefs who earned their first point of the season from the encounter.

In a match played at National Sports Stadium, Evans Katema netted a first-half brace as Mushowani saw off Black Rhinos 2-0. 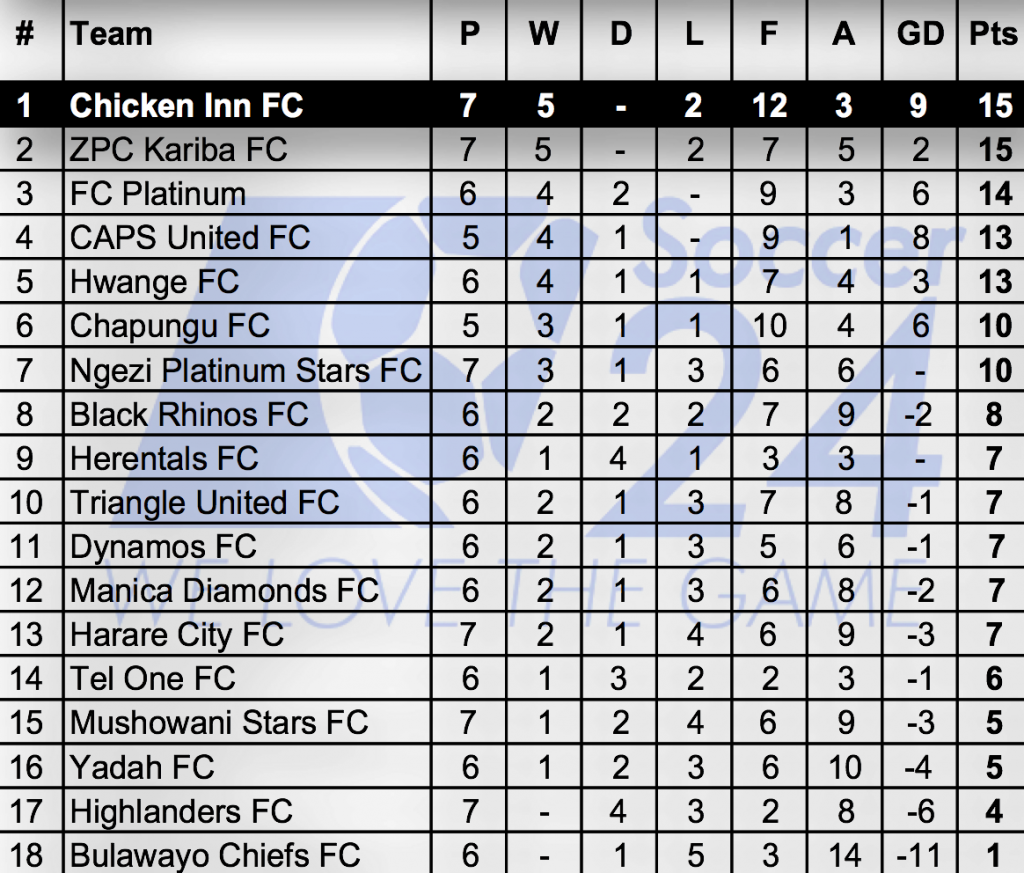