Bulawayo Chiefs beat Dynamos to get first win of season, FC Platinum back to winning ways

Bulawayo Chiefs finally got their first win of the season after upsetting Dynamos 2-0 in a match played at Barbourfields Stadium.

The Ninjas had gone for the opening seven games of the campaign without a win, and two late goals from Arthur Musiwa, from the spot, and Michael Bhebhe made the day for the minnows.

On the other hand, Dembare had enjoyed a 3-game unbeaten run, and the defeat is coach Tonderai Ndiraya’s first since taking over three weeks ago.

The game had a cagey start with both teams failing to make threatening attempts but it was the visitors who retained more possession going into the break.

The Glamour Boys also made a couple of counter-attacks which kept the hosts up on their heels to thwart any danger with goalkeeper David Bizabani making some telling saves which kept Chiefs in the game.

The opening stages of the second half went to Dynamos, but after the introduction of Thomas Chideu, the Ninjas upped their tempo and followed up with a few opportunities.

But it was in the 84th minute when the home team broke the deadlock through Musiwa who converted a penalty before Michael Bhebhe doubled the advantage six minutes later.

Dynamos could have conceded another goal just before the final whistle, but Farawu Matare failed to hit the back of the net with only the keeper to beat.

In Zvishavane, FC Platinum overcame ZPC Kariba 2-0 with Rahman Kutsanzira and Devon Chafa, from the spot, getting the result for the reigning champions. 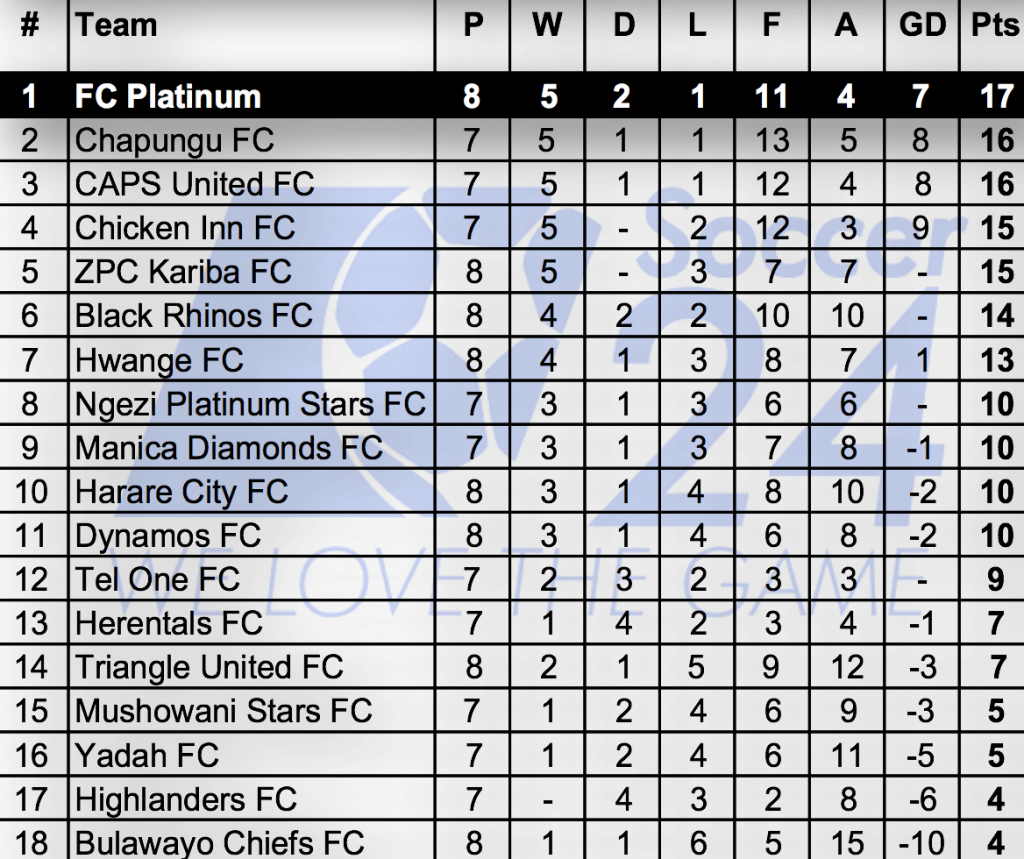