CAPS United back on top as Highlanders stumble again

Ronald Chitiyo came from the bench and scored the winner as CAPS United moved back to the summit of the log standing following a 3-2 victory over Mushowani Stars at National Sports Stadium on Sunday.

Makepekepe are now a point clear, repossessing the position they surrendered in the midweek after losing to Chapungu United.

The match had a pacy start as both teams took turns to launch attacks. It was Caps United, however, who drew first blood after defender Godwin Goriyati mopped in a spill by the keeper Hamilton Makainganwa in the 5th minute.

Mushowani didn’t waste any time and responded swiftly as they got a penalty a minute later following a foul on Evans Katema.

The dreadlocked forward slotted from the spot to grab the equaliser.

A drab affair followed up with play now concentrated in the midfield.

But it was the Green Machine who could have gotten their second goal of the day on minute 22 when Dominic Chungwa headed off target from an unmissable position.

At the other end, the Tiki-taka Boys utilised their chance as Katema completed his brace a few moments after the half hour.

CAPS fired back and restored parity on the 40th minute when Makainganwa made another howler, spilling the ball into the path of Dominic Chungwa who tapped it in.

The second period started on a low note with few chances being created by both sides.

The highlight of the half, nonetheless, came in the 77th minute when Chitiyo nodded home Phineas Bamusi’s cross to restore the home team’s advantage.

Mushowani tried to come back but CAPS United deprived them of any chance as it ended 3-2.

In Bulawayo, it was the same old story as Highlanders failed to win against Herentals.

Bosso dominated possession throughout the game but made a few threatening chances with the first coming in the 21st minute when Brian Banda was superbly denied by keeper Frank Kuchineyi. Mbongeni Ndlovu then missed a great opportunity as he went wide with only the goalie to beat.

Substitute Denzel Khumalo came closest at goal in the 74th minute, but his effort from inside the box hit the upright.

The game ended with Herentals drawing back to preserve the goalless scoreline.

Elsewhere, Chicken Inn beat Chapungu 3-0, thanks to a brace from Clive Augusto and a late strike by Obriel Chirinda.

The game between Manica Diamonds and TelOne finished in a 1-1 stalemate. 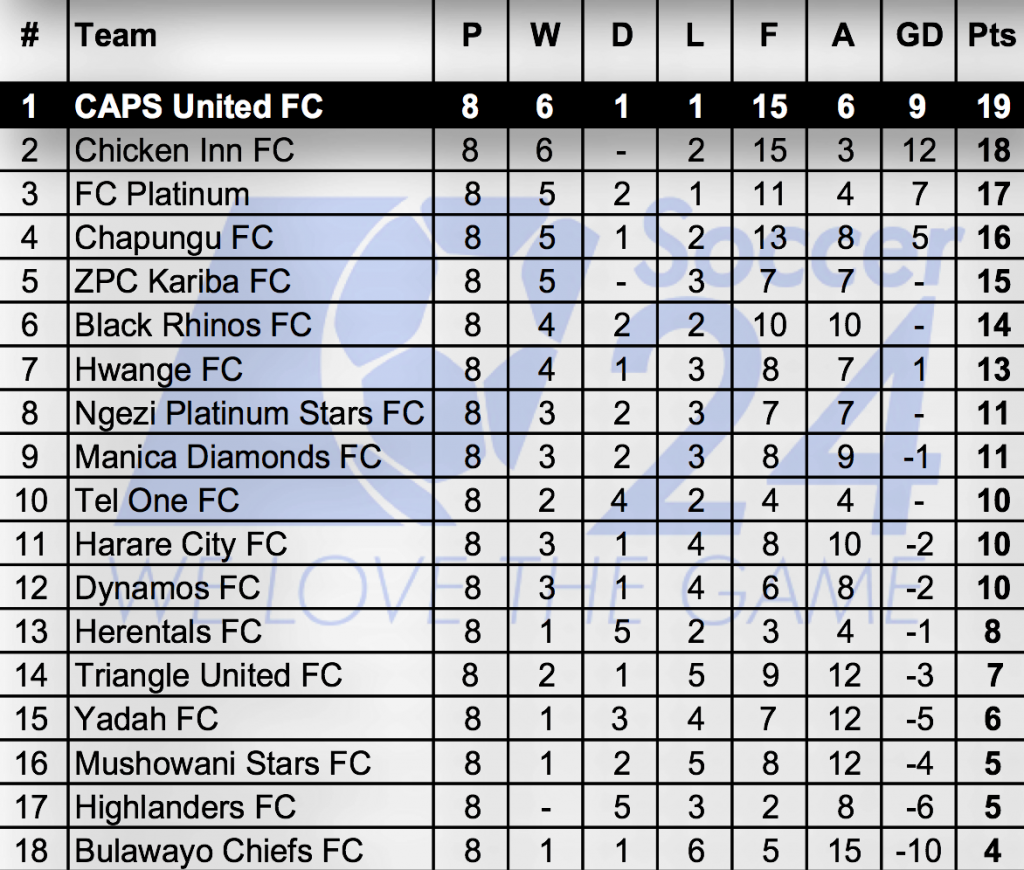