FC Platinum edged Yadah 1-0 in a match played at Rufaro Stadium on Saturday.

Devon Chafa scored the solitary goal from the spot on minute 37 after Byron Madzokere committed a foul on Ali Sadiki inside the box.

The visiting team had created a couple of chances and dominated play in the earlier minutes.

Yadah, on the other end, never shown any intention on goal as they went to the break without hitting an effort on target.

They failed to come back into the game in the second half with the Platinum Boys retaining the majority of the possession.

The game ended with FC Platinum getting all the points to move to the top of the table.

In Bulawayo, Chicken Inn dropped points against Black Rhinos, playing to a 0-0 draw to remain in the second position while the match between ZPC Kariba and Manica Diamonds finished 1-1.

Stanley Ngala netted the opener early in the second half for Manica, and James Marufu got the equaliser moments after the hour.

At National Sports Stadium, Peter Chota missed a penalty as Herentals played to a goalless stalemate at Chapungu. 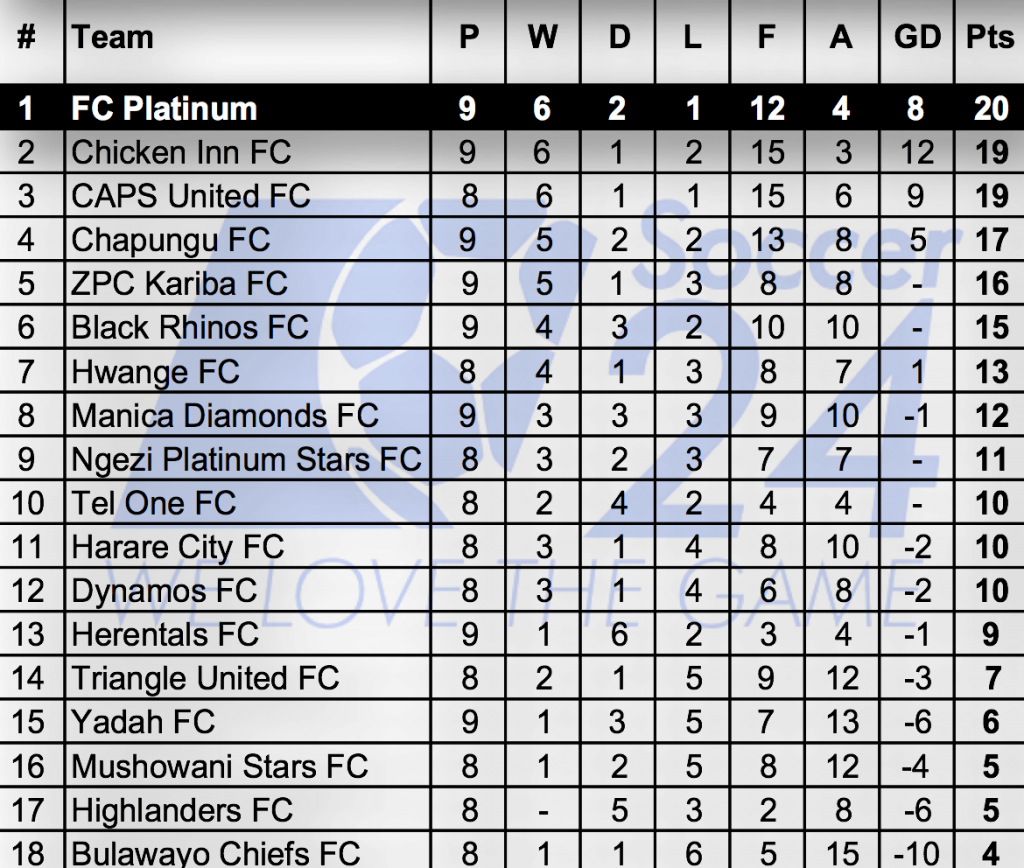